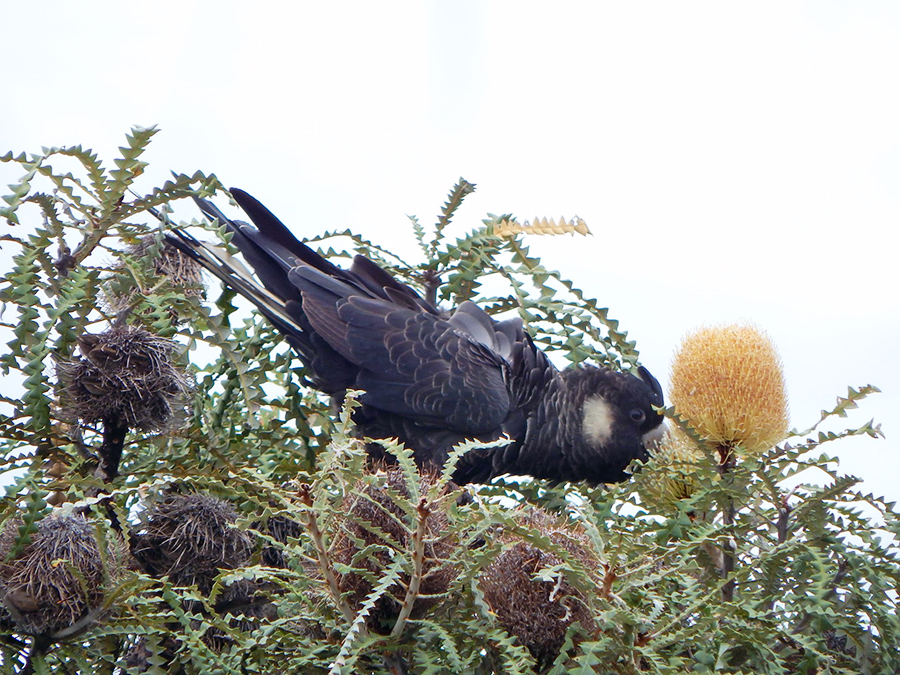 Have you ever noticed a flock of Carnaby’s Cockatoos in your area? You would know about it as they are a very vocal, gregarious bird and travel in groups that really let you know they are alive and well.

But ‘alive and well’, unfortunately, is not the case. The species is under threat of extinction, with their population declining 50 per cent in the last 45 years. The last count from Geraldton to Esperance was just over 4000 birds. The loss of their habitat and food source is the main reason for the demise of this amazing bird.

What can we you to help save this endangered species? Creating a Carnaby Cafe in your garden would not only provide food for these birds but other hungry wildlife like bees, who could also pay a visit and dine in. Provide menu options such as Banksias, Hakeas, Grevilleas, Callistemons and Marri seeds. An added feature would be nesting hollows.

Some interesting facts about the Carnaby’s Black Cockatoo