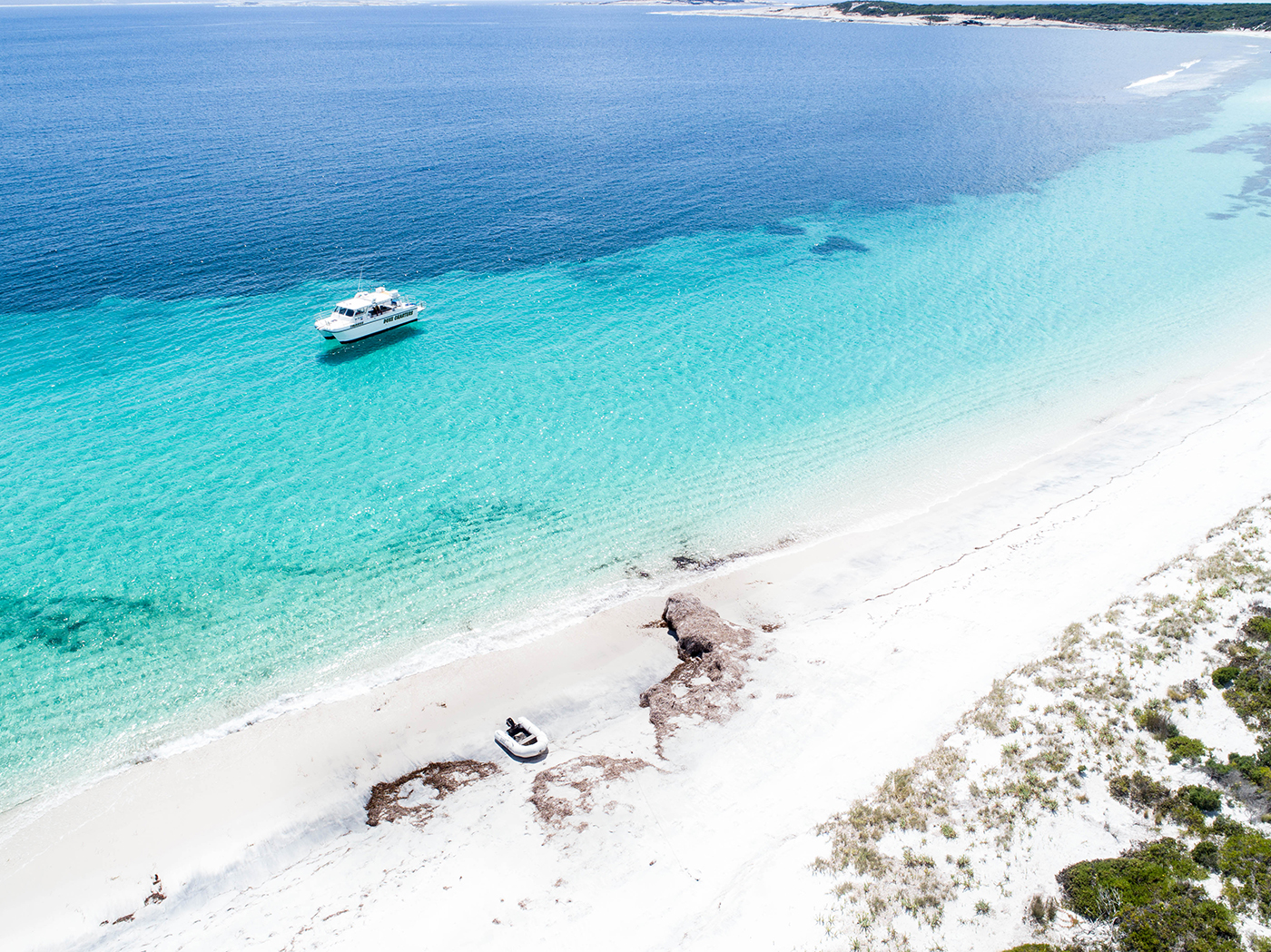 Tales of the coast.

The Esperance coastline is a treacherous place. With temperamental weather, lots of hidden reefs and rocks, and frequent high winds and swells, it’s not surprising that Esperance’s history contains the stories of many shipwrecks. These are some of the stories of the earliest shipwrecks that took place along our coastline.

In 1870, during the early years of settlement in the Esperance area, Campbell Taylor settled at Thomas River, east of Esperance. Taylor got to know some of the local Indigenous people, who told him the story of a ship that was wrecked many years prior at Victoria Harbour, near the Duke of Orleans Bay. They showed Taylor an engraving on a rock at Victoria Harbour, supposedly made by the crew of the ship that was wrecked. The engraving was a date, 1600. Taylor later told the story to Captain Fred Douglas, an early Esperance local, and showed him the engraving on the rock. Douglas told the story to a historian who published the story in a newspaper article in the 1930s. There is very little supporting evidence for the story of the shipwreck, and if a ship was wrecked off our coast in 1600, it would predate the first European to visit Western Australia’s shores – Dirk Hartog in 1616. It is possible, though, that Dutch ship Postiljon, which was lost with all hands in the Pacific Ocean in 1599, could be the mysterious wreck.

The first recorded ship to be wrecked off Esperance’s coastline was the Belinda, a 160-ton British brig. The Belinda had narrowly escaped sinking on her journey to Hobart in 1823, losing both masts, the boats on her deck and three crew members in a storm. After repairs, the Belinda set sail in 1824 for the sealing grounds in the Recherche Archipelago. The ship made it to Middle Island, where she was wrecked, although the crew all escaped with their lives. They also managed to save the Belinda’s two small boats and some provisions. As there were no European settlements in Western Australia at the time, the crew decided to travel east in the two boats, along the shoreline. They made it 200 miles east, but then one of the two small boats was swamped and lost. With no provisions left, the crew decided to return to Middle Island, with some of them travelling in the boat and some walking along the shore. Luckily for them, they were rescued by a passing brig, the Nereus, which was also hunting seals in the area. The Nereus took the crew back to Hobart and a year later, other sailors salvaged some of the wreck of the Belinda, including her two anchors.

The next ship to be wrecked in the area was the Mountaineer, made famous by the story of Black Jack Anderson. The Mountaineer, a 23-ton cutter, had come from Kangaroo Island in 1835, leaving Anderson and some of his sealing crew on Middle Island before travelling on to Albany. On the return journey, the Mountaineer sheltered from a storm in Thistle Cove, but was pushed onto shore and wrecked. The three crew and six passengers on board all survived, and they managed to salvage the ship’s whaleboat, along with some supplies and some brandy, which was important for Captain Evanson Jansen, a notorious drunk. The survivors stayed on shore for several days and during that time, they met some of the local Indigenous people. They then took the small whaleboat out to Middle Island, where they knew that Anderson was living with his crew. After three weeks on Middle Island, Jansen, along with some of the crew, set out for Albany in the whaleboat. They were never heard from again and were presumed wrecked along the way. Another one of the survivors, a woman called Dorothea Newell, began a relationship with Anderson. After another couple of months on the island, Anderson had a disagreement with one of the shipwreck survivors, Dorothea’s brother James Newell, and one of his own crew, James Manning. Manning accused Anderson of stealing from him and Anderson put the two young men onto the mainland without any supplies. Manning and Newell walked around the coast to Albany, a distance of more than 600 kilometres, only surviving because of the help of some Indigenous people. Anderson was acquitted of stealing the money, thanks in part to Dorothea Newell’s testimony on his behalf, but was later killed by his own crew.

When the work started on the telegraph line east from Albany to Eucla, ships were used to transport the telegraph poles and other equipment. At the time, there were no jetties available to unload the ships, so they had to get as close to shore as possible, often in rough seas and unprotected bays, and then float the jarrah poles to shore. This was a dangerous process – while unloading the poles at Point Culver, one of the crew members was trapped under the floating poles and drowned. One of these ships, schooner Mary Ann, was wrecked while sheltering from a storm at Bellinger Island, off the coast of Israelite Bay, in 1876. She was pushed ashore by a strong wind and heavy swell and wrecked on Bellinger Island, although all the crew was able to get to safety. They were saved by another ship that was in the area, the Tribune. Two more ships, the Twilight and the Bunyip, both cutters loaded with poles, telegraph cable, insulators and workmen’s tools, were wrecked on the same day, in May 1877, at the eastern end of Culver Cliffs. The crews survived and walked the 275 kilometres to Israelite Bay, where there was a settlement.

These are only the earliest recorded shipwrecks in the Esperance area. Of course, there have been many more since, but that’s a story for another day…