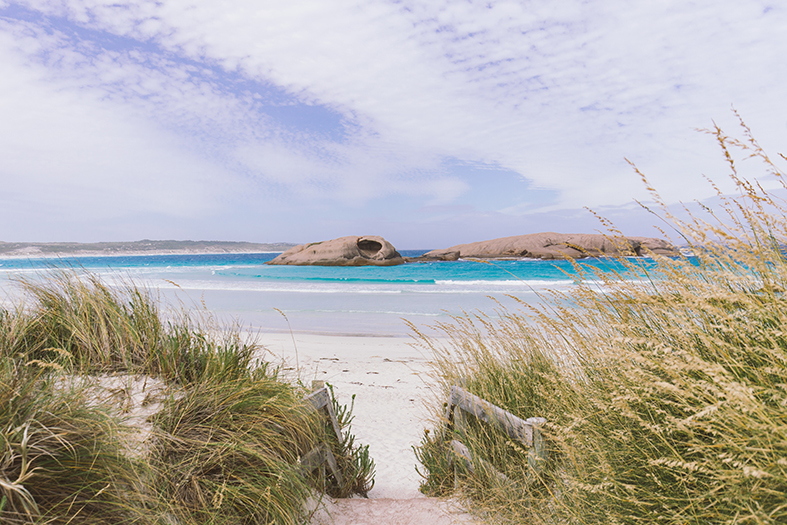 The Esperance community is filled with people who do amazing things. If you look behind the scenes, you’ll often find selfless, generous people who give their time and energy to great causes. Here are just a few of the inspiring ‘hidden heroes’ who make our community such a wonderful place.

Esperance local Fabianne Brown is a super-mum. Fabianne has been a foster carer for 13 years, and in that time, she has been ‘mum’ to over 40 kids. Her no-nonsense attitude, caring nature, and welcoming home has provided much-needed stability and support to children of all ages, from babies right through to teenagers.

Fabianne decided to become a foster carer as a single mum with a young daughter. “I thought, I love kids, I have room, why not give another kid a home?” Since then, there hasn’t been a dull moment in her life. “It can be unpredictable. Some kids stay for just one night, and I’ve had some for up to two and a half years. But it’s so rewarding to see kids adapting to a normal environment, and seeing them smile. I also love that I get to see their milestones, things such as a baby’s first steps, or a child who brings home a merit certificate.”

Fabianne’s mum, Denise Brown, is her inspiration. “When we were growing up, mum often allowed kids to stay, especially if they needed a bit of support. Now, mum is a registered respite carer for me, and she is my biggest support.” Fabianne’s daughter doesn’t mind sharing her mum and her home, especially as she knows that the other kids have often come from tough circumstances.

Fabianne loves having ‘more kids to love’, and she enjoys the uniqueness that each child brings. “I learn so much from them. Even after 13 years, they’re still teaching me new things.”

11 years ago, Robyn Mack’s husband Vince had a heart attack. Robyn was in the room with him when he hit the floor at 5am, and from there it was a whirlwind, from the ambulance to a Royal Flying Doctor Service flight to Perth, then another ambulance ride to Sir Charles Gairdner Hospital. Vince had 3 stents put in his heart, and he was back in the ward by 5pm, going on to make a full recovery. Robyn decided that she needed to say thank you for the care that Vince was shown and that the best way to do that would be to give her time to the ‘ambos’. As a St John Volunteer Ambulance Officer, she’s been serving the Esperance community since then.

According to Robyn, being able to help people in their time of crisis is one of the most rewarding parts of being an Ambulance Officer. “It does come with challenges in a small community. You may know the person who needs an ambulance. But I love Esperance, and I love supporting the community through being one of the ‘ambos’.” She also enjoys the strong ‘family’ at the Esperance branch of the St John Ambulance. “We support each other both in and out of our volunteer roles.”

While Robyn does have a nursing background, she says that all you need in order to volunteer with St John is to have a passion for the role - there is plenty of training provided. “And if you don’t feel that you’re up to the ambulance side of things, we’re always looking for coordinators to man the telephones.”

Last year Robyn was one of 2 Esperance volunteers who received an award from St John for their exemplary service.

Local Ngadju Nyungar woman Johnine Graham works full-time and singlehandedly parents her four children. Somehow, she also still has time to volunteer. Johnine was inspired to get involved in Community Arts by her uncle Sonny Graham, who has been a long-time supporter of many causes and groups in town. Johnine has been a driving force behind the Indigenous Arts programs run by Esperance Community Arts. Along with fellow volunteers including Anna and Zandy Bonney, Colleen Frost and Jennell Reynolds, Johnine has been involved in arts programs such as the Indigenous Hip Hop Project, the Yarning & Healing Dolls project, and the Mandaboornap Dreaming Puppet Project, used to tell the Dreamtime story of Frenchman’s Peak at the opening of the 2017 Festival of the Wind.  “We’re mothers, and we want to make sure that our community is a culturally safe place for our children. Programs like this help to increase awareness and understanding of Indigenous culture.” Johnine is a member of the advisory group that organised the town’s new ‘Wanju Nyungar Boodja Welcome to Country’ murals, which she is really proud of.

Recently, Johnine went to a local meeting to talk about kids in the community who were getting into trouble. “When I left that meeting, I thought I didn’t want to go to another meeting without actually doing something,” says Johnine. So together with Zandy Bonney and supported by Escare, Johnine has been taking a group of boys aged between 12 and 16 to TNT Fitness every week to learn how to use the gym equipment and do a workout. “They really love it,” says Johnine, “and we’re already planning to do it again next term.”

Johnine says that volunteering can be tiring, but it brings a sense of achievement. “You can go to bed at night knowing that you’ve helped someone.”

With 90 years of combined service between them, Rick Holman and John Coates are the longest-serving members of the WA State Emergency Service. Back when Rick and John joined the SES, it was known as the ‘Civil Defence Service’. Since then, both men have seen many changes in the service, but their dedication to keeping the Esperance community safe has remained. According to Rick and John, “Back when we joined up, there wasn’t a lot of funding. We had to use our own cars and supply our own fuel and uniforms. Fortunately, one of the guys had his own boat, so that was used for marine rescues.” As the Esperance SES also incorporates the Volunteer Marine Rescue service, there is always plenty to do and learn. Rick says, “It’s always such a thrill to find someone alive and well. It’s the most satisfying thing, being able to bring people home to their loved ones.” As John recounts, both of their wives also became involved in the service as radio operators.

Both men have enjoyed the camaraderie of being a part of the SES, and have made some good mates. They have learnt a lot of new skills, including aerial observing for marine rescues. Rick has become an air observer instructor for the service. To anyone interested in becoming involved in volunteering with the SES, both men say, “Go ahead and do it. There are many different volunteer positions, and there’s a lot of training, so you learn many new skills. It’s a great opportunity.”

Esperance is full of Hidden Heroes! Tell us who your heroes are @esperancetide by tagging #EsperanceHiddenHeroes.

Great Wines Of The West

Where to Spot Wildflowers in Esperance