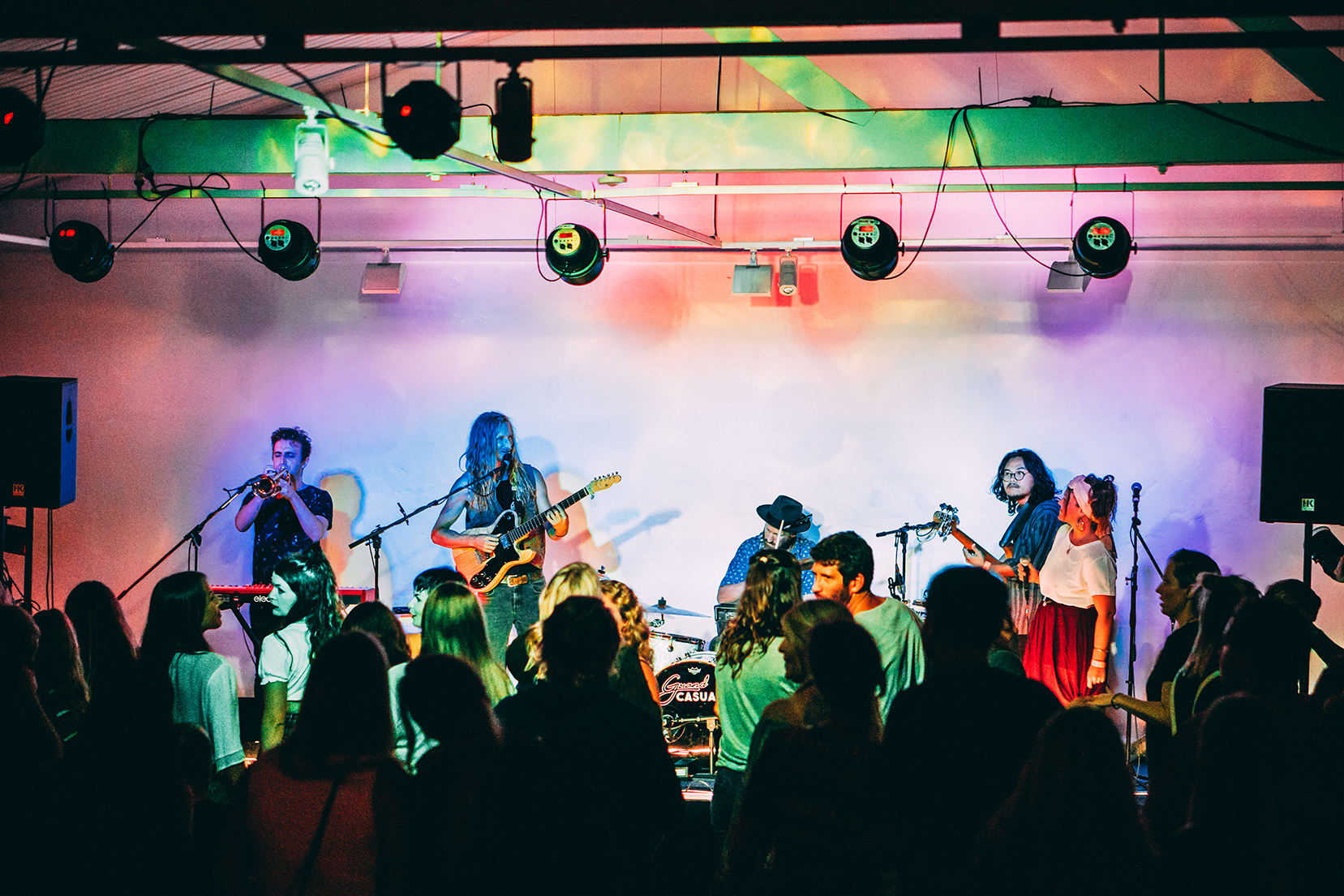 One of WA's Finest.

Following the release of their fourth album ‘Wake Up To The Sound’, Esperance frequents and Margaret River locals, Blue Child Collective, will be playing for us at the Cannery Arts Centre on February 9. Here’s our Q&A with Lead man, Dan White.

*Note: This article was posted after the event. The cover photo is from the event night and taken by Jonty Scoble.

How did you first start playing music?

I was given a guitar for my 9th birthday and never looked back. Regarding Blue Child Collective, it’s a project I started solo back in 2014 and has evolved since then into a 5 piece band and many many collaborators.

Where did your band name come from?

It came from a moment of insight I had; this idea that we’re all humans hanging out on a little blue planet floating through space, and that we have a lot more in common with each other than we often believe. So Blue Child Collective is basically another name for humans; the writing and songs themselves mostly geared towards highlighting our common ground, reminding us of our humanity and promoting a #cultureofconnection with ourselves, each other and the world which we are a part of.

How many times have you been to Esperance?

We usually visit once or twice a year, and have played in Espy for the last 4 years this project has been going for, though this will be the first time with the full 5 piece band!

Your new album ‘Wake Up To The Sound’ has a lot of fun and funky songs. How does it compare to your past albums and what was the inspiration behind this one?

It’s very much an A & B side, with the front half made up of mostly funk and groove tunes, and the back half delving into soul, bossa and folk. Compared to our last 3 records though, we’ve definitely added a few carriages to the funk train. The concept for the album revolves around the idea that the universe is made up of energy - or matter vibrating - which all produce frequencies, and that humans have the ability to shape our worlds and lives with our thoughts, words and actions; frequencies which physically affect those existing around us. Wake Up To The Sound is about opening up to and applying this concept to our own lives, and we’ll have a documentary coming out next month which goes into this in more detail.

You have supported a lot of big names. Who are some of the stand-out bands you have toured with?

We’ve been privileged to share the stage with Xavier Rudd, The Cat Empire, Sticky Fingers, San Cisco and many more - each one a big step up and teaching us a lot.

What are you listening to at the moment?

We’re on tour around the country so there’s been plenty pumping through the stereo in the tour bus! Apart from the jazz wormhole we’ve gone down, we’ve been spending some good time with old mates Stevie Wonder, Red Hot Chili Peppers, Caravana Sun, Band of Frequencies and Afro Dizzi Act.

What’s your favourite musical instrument that doesn’t feature in your band?

I would have said Bansuri (Indian Flute) if you’d asked me before this album, but for something we haven’t featured yet I’d have to go for Trombone - all we need to complete our horn section.

What do you have planned for the rest of 2019 after the album launch tour?

We’ve got a few festivals and an NZ tour lined up in March before dropping a new single in May and heading up north on a regional tour. Beyond that, you’ll have to stay tuned.

Merve Guide: Are You Drinking Too Much?