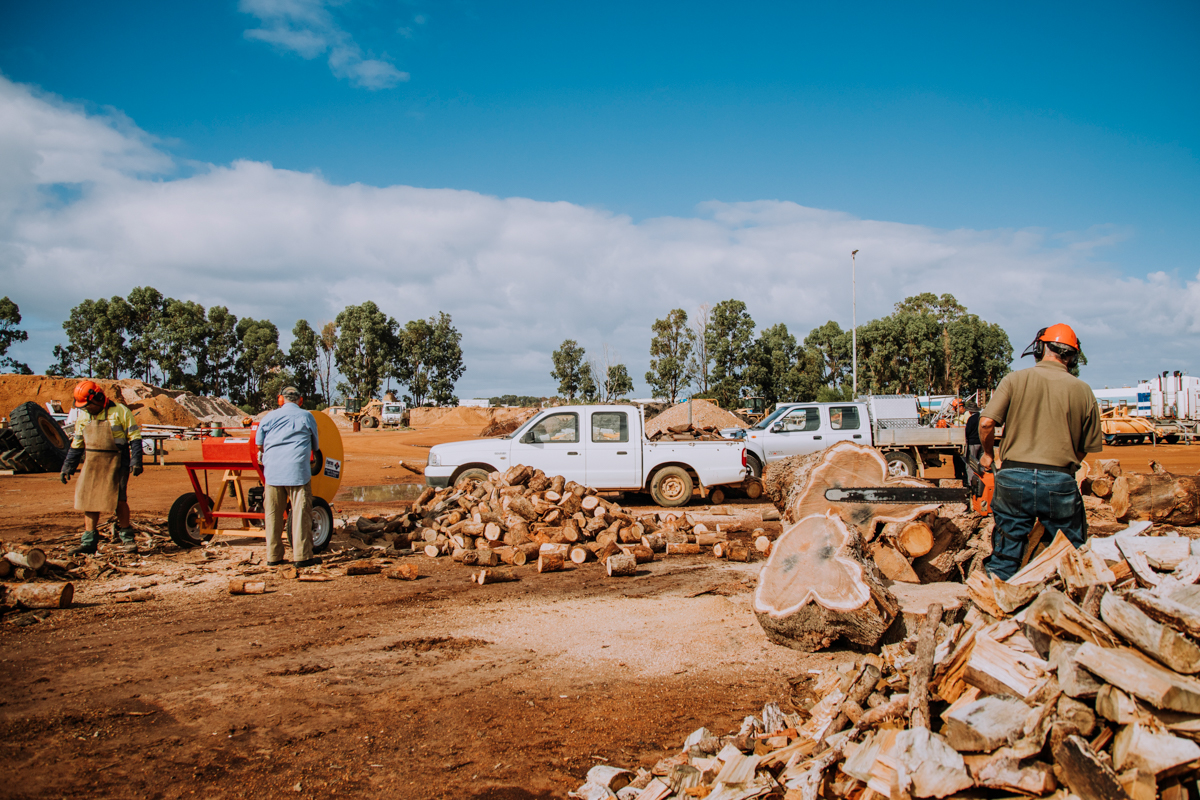 RFDS Woodcutters Fire Up for the Season

It's going to be a cold one!

Over the last year, the Royal Flying Doctor Service has assisted more than 320,000 Australians, flying across 27 million kilometres to provide aeromedical transport, clinics and consultations. That’s the equivalent of 34 trips to the moon and back. In Esperance alone, the RFDS make an average of five flights per week. The RFDS is a crucial service for isolated communities like ours, but it is an incredibly expensive one to run; each flight costs around $11,000. To ease the burden of these costs, a dedicated group of men and women form the RFDS Esperance Auxiliary, committed to year-round fundraising to keep the vital service going. For 25 years, the auxiliary has coordinated fundraisers for the RFDS, from raffles and sausage sizzles to ‘Feral Fundraising’, an annual fox shoot which this year raised $1,480. The auxiliary’s biggest fundraiser, however, is its firewood sales, raising more than $500,000 since its inception 14 years ago.

Every Wednesday morning, between the months of April and November, up to 25 men turn out to the McD Contracting yard on Sinclair Street to help chop and process firewood. It’s a big job – last year, the men got through an estimated 800 loads of donated wood, each weighing close to a tonne. But they love it, eager to get into it once the weather cools down. “Before we start for the season, they’ll ring me and ask, ‘When are we starting?’” says Neil Livingstone, coordinator of the fundraiser. “They all want to get started as early as possible.” The men, all volunteers, are no spring chickens, either. The youngest of the group is in his 60s, while the oldest is 87. According to Neil, who is 79, the physicality of the task keeps the men active, and gives them something to do other than sitting at home all day.

While Neil did not establish the fundraiser, he has been with it since just about day one. He says the group started with only six men, and he thought it might only last a year or two. Fourteen years on, the group has quadrupled in size and has managed to raise $585,000. “It just grew and grew,” Neil says. “People kept coming forward saying they wanted to give us a hand.” Last year was a bumper year, raising a record $84,000 for the RFDS. It is one of the biggest community fundraisers for the service in Western Australia, and it is a unique one too; Neil says he’s not aware of any other person or group in Australia raising money for the RFDS in this way.

For the volunteers, the sense of purpose and belonging that they feel from being a part of the group is just as important as the money they raise. After the hard yakka is done for the morning, they knock off for a barbeque lunch and a cold drink, put on for them by another volunteer. It’s well-earned and gives them the opportunity to sit around and have a chat with their ‘work’ mates. “We all like to come out here,” Neil says. “There’s a bit of comradery out here; they all know they’ve got something to do, and it gives them a purpose.”

Neil and three others deliver the wood to homes around Esperance almost every day of the week throughout the winter, going the extra mile by aiming to deliver within a day of receiving an order. RFDSWA Regional Engagement Coordinator Lana Dibello says groups like the woodcutters are vital to the RFDS being able to continue its life-saving services across the state. “The Royal Flying Doctor Service in WA is fortunate to have the support of thousands of dedicated community members and fundraising groups across the state,” she says. “On behalf of everyone at the RFDS I sincerely thank our incredible auxiliary in Esperance. I know first-hand the enormous impact our local fundraisers have in raising vital funds to keep us in the air.”