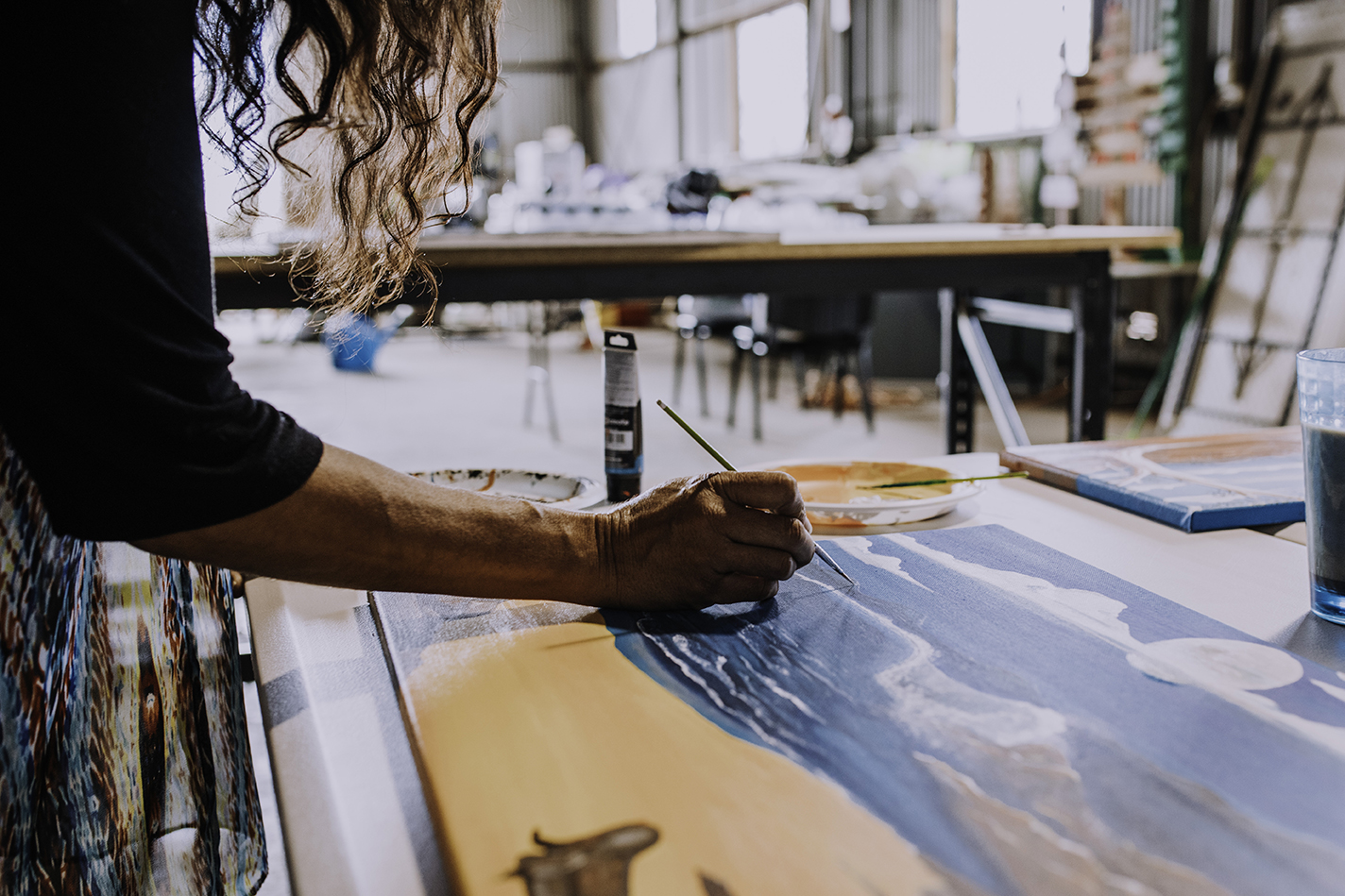 Up Next: Mudjar Aboriginal Corporation

A new organisation run by a board of local Aboriginal elders present and emerging. 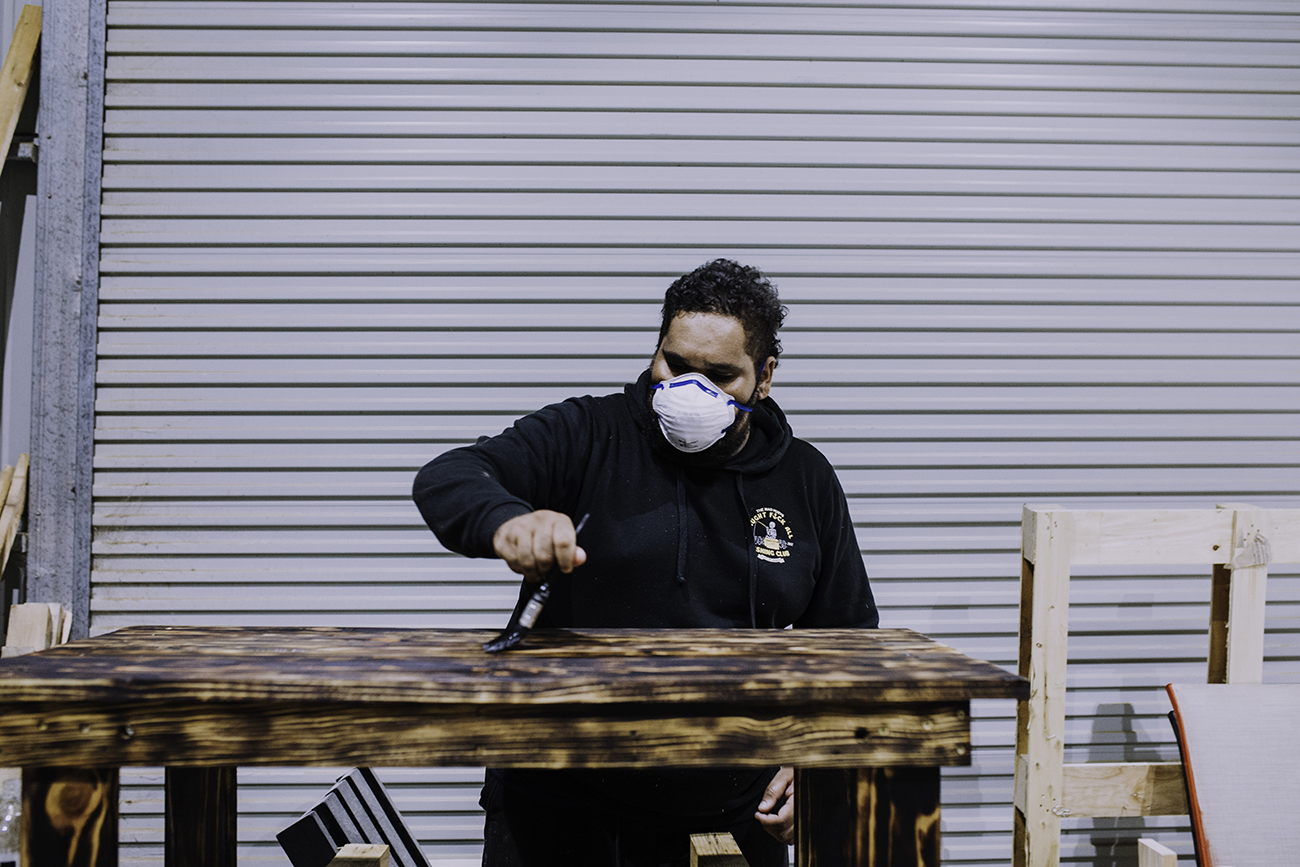 The Mudjar Aboriginal Corporation is named for the Mudjar tree, also known as Nyutsia floribunda, or the native Christmas tree. This tree is sacred to Nyungar people of the South West and played a significant role in traditional culture. The tree, which flowers in a stunning display of orange blooms in the summer, is an indicator of the season of Birak, one of the six Nyungar seasons.

The Mudjar tree is sacred to the Nyungar people as it is associated with the spirits of their ancestors, who would ‘camp’ in the branches of the tree. There is a dreamtime story also associated with the tree, the story of Mudjar Yok, a beautiful Nyungar woman with golden hair, who was always helpful and kind to her people. When she became sick, the people were saddened. Mudjar Yok promised that when she died, she would come back to visit her people. Every year, when the Mudjar tree flowers, according to this dreamtime story, this is Mudjar Yok, with her golden hair, visiting her people and bringing joy to them. 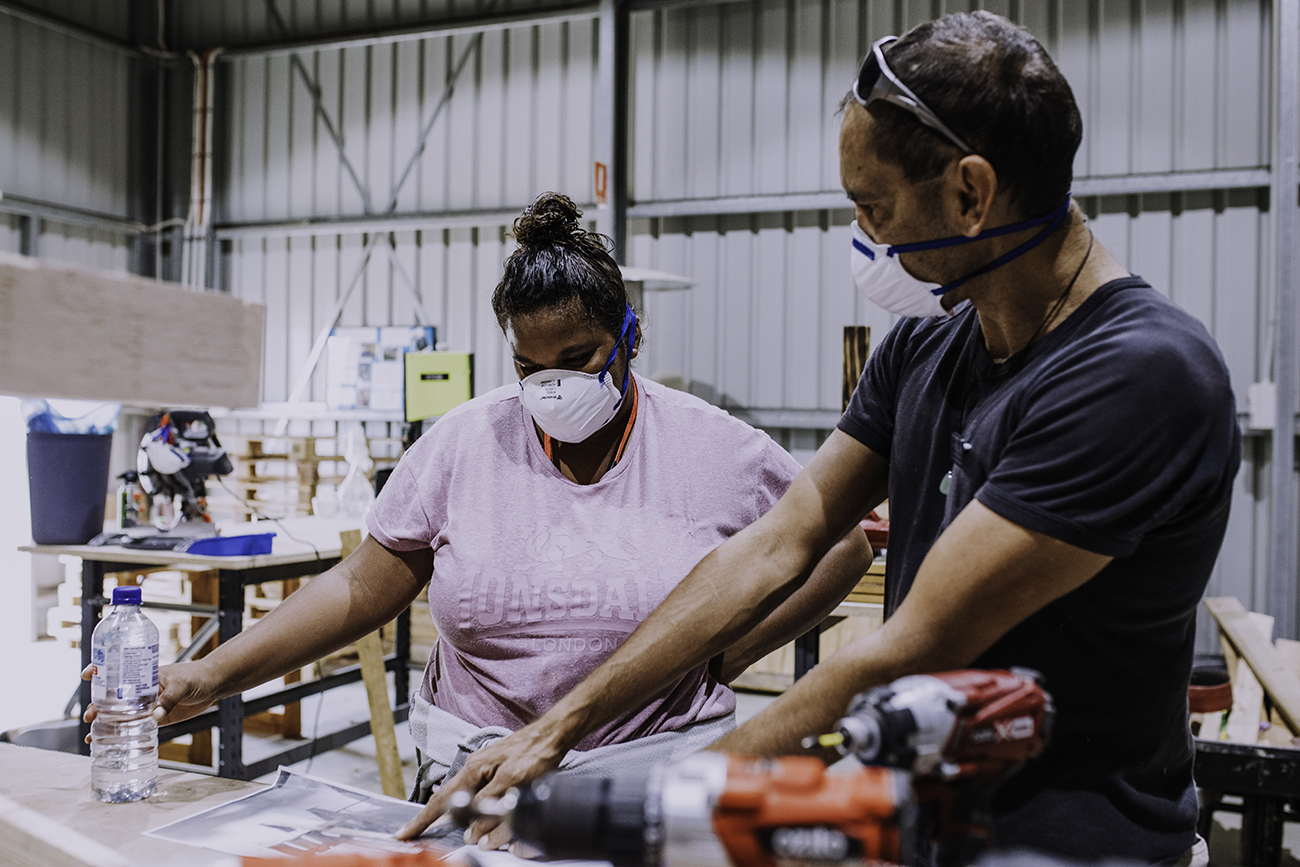 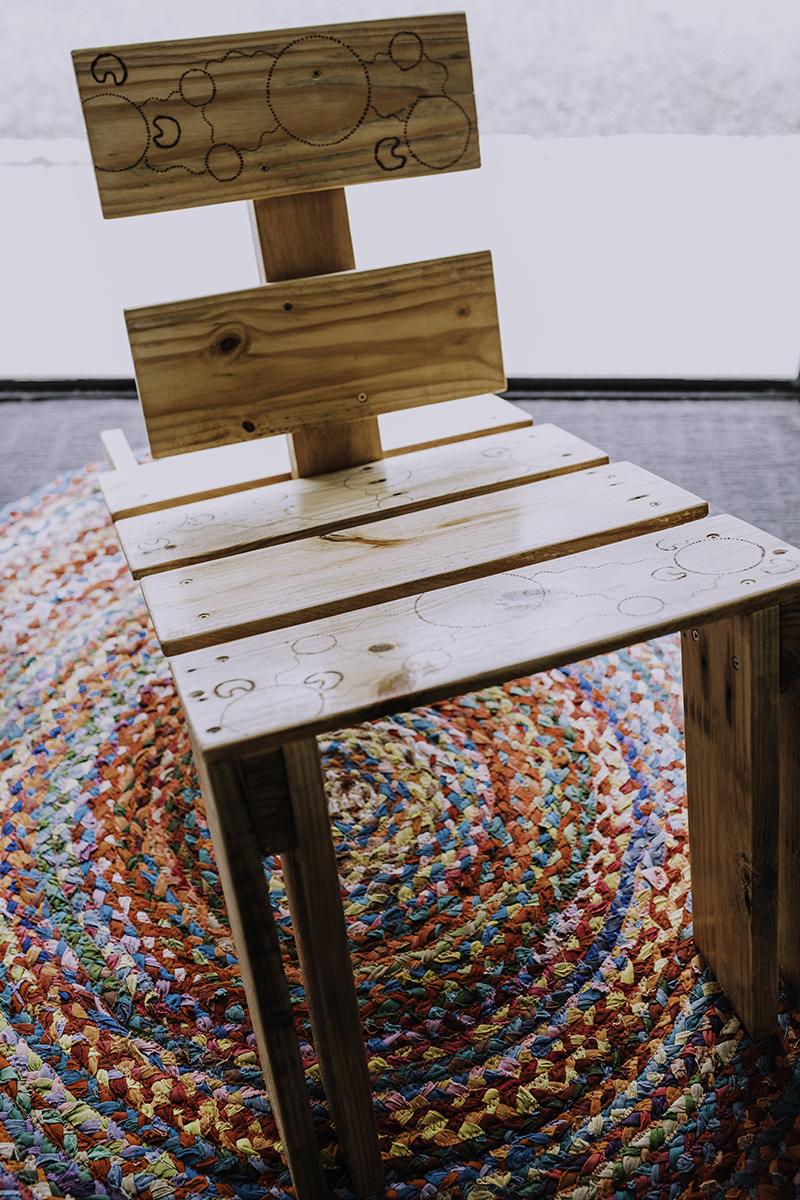 The Mudjar tree, which is also known as the Flame Tree for obvious reasons, sometimes goes by different names among other Nyungar groups. It is a hemiparasitic tree, drawing some of its nutrients from other nearby trees. It used to be quite common throughout the southern part of Western Australia, but land clearing has reduced the numbers of this tree significantly. The Nyungar people would use the bark of the tree for shields and eat the sweet sap which the tree exudes. The tree was to be treated with respect by Nyungar people and it was regarded as a protected species.

Naming the Mudjar Aboriginal Corporation after the Mudjar tree aligns with the corporation’s vision, which is to celebrate Aboriginal history and culture, and to share and preserve local Indigenous knowledge. The corporation, which was formerly known as Esperance Nyungar Aboriginal Corporation, is a not for profit, community purpose organisation, run by a board of Aboriginal elders present and emerging from throughout the Goldfields region. The corporation has a strong focus on cultural education and preservation, as demonstrated by two of their programs, Nyungar Kaditj (Understanding Nyungar) and Ngulla Mia (Our Place). 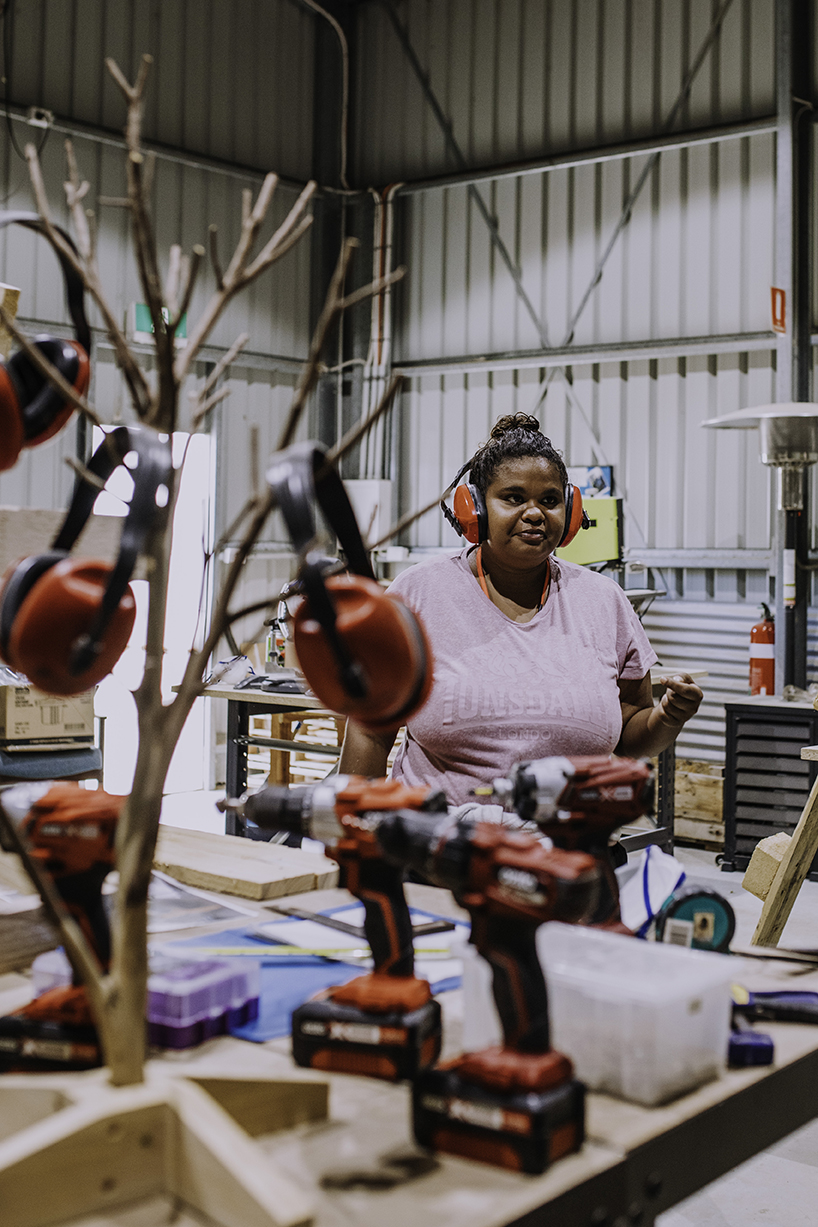 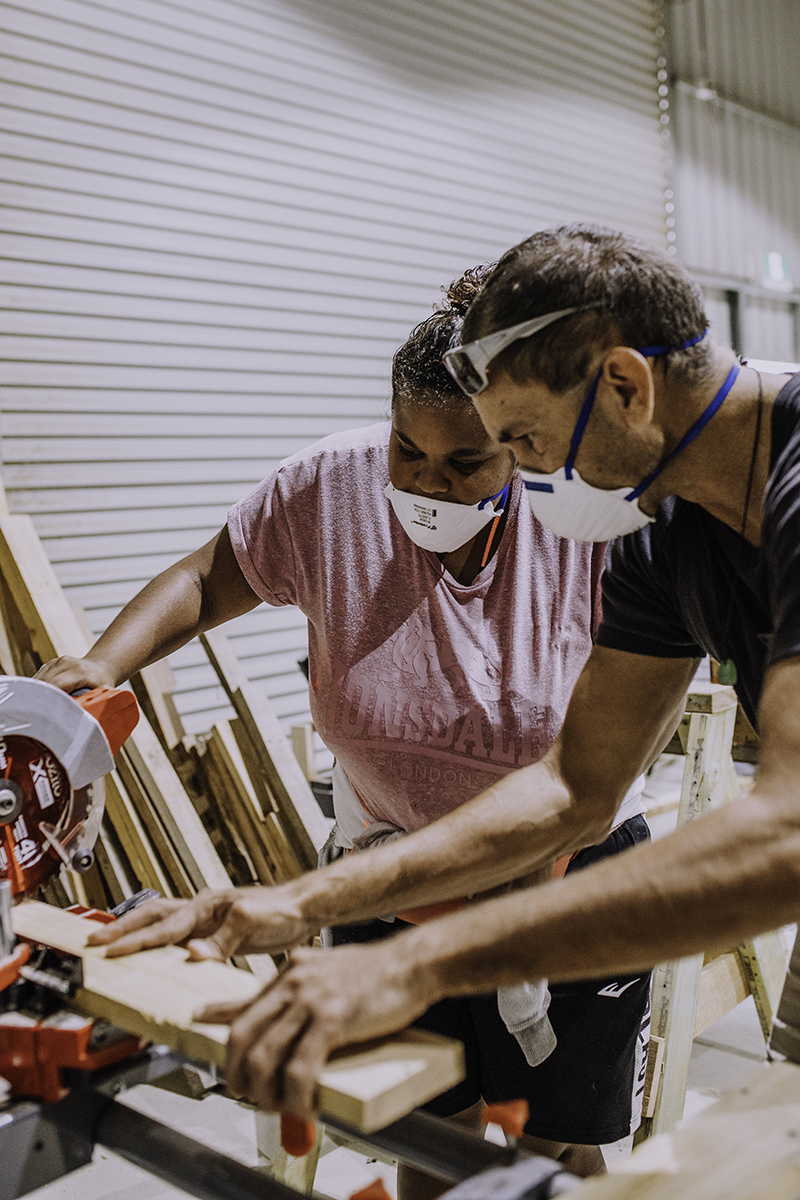 The Nyungar Kaditj program aims to increase awareness and appreciation of Aboriginal culture in the Esperance community through sharing and celebrating culture. The program has visited several local schools to share culture and knowledge through history, Nyungar language, dreamtime stories, traditional crafts, and music. The corporation hopes that the Nyungar Kaditj program will be utilised in a range of different settings in future as well.

The Ngulla Mia project is based at the Mudjar Aboriginal Corporation’s premises on Woods Street in Chadwick. This project aims to create a space in the corporation’s premises where local people can come to share and celebrate Aboriginal culture and experiences. The project aims to increase social connections, and provide opportunities for increased skills, knowledge, training and education in the community. The workshop located on the premises is being used for a pallet furniture project, which has been recognised for its work with young people in the community. There is also a meeting room, which provides a space for workshops, and an art gallery and gift shop, which sells a range of Aboriginal arts and crafts. The centre also provides space for yarning and social interaction, where people can enjoy the vegetable and herb gardens, or be involved in art or craft projects. 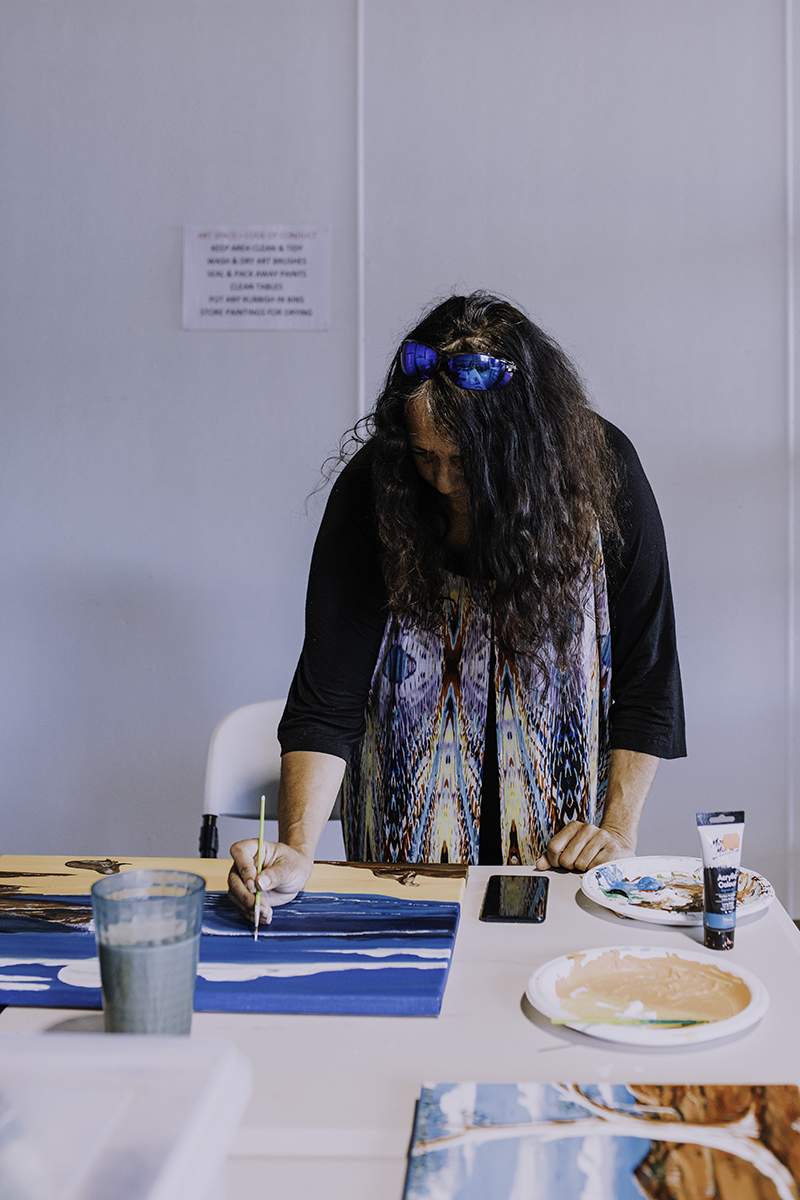 One of the future plans for the Mudjar Aboriginal Corporation is to establish a bush tucker garden at the premises on Woods Street. The corporation hopes that this will contribute to sharing local knowledge and provide the opportunity to share traditional meals as well. Manager Kylie Ryan says that the plans for the bush tucker garden are already underway. There are many local plants which the Nyungar people used for food, such as Grass Trees and Pigface, the hardy plant with its bright pink flowers. Kylie says that when they began to research planting edible native species, they found that many well-known plants, such as Quandong trees, were very hard to propagate in controlled conditions. As for the Mudjar trees, Kylie says that they have proven to be almost impossible to propagate. While there is always hope that the project will have success growing the unique and fascinating trees in the future, for now, we will just have to enjoy them in the wild. As the corporation hopes, the sight of the Mudjar trees in full bloom will remind people of the enduring significance of local Nyungar culture to this area.

The Mudjar Aboriginal Corporation is located at 4 Woods Street and is open from Tuesday to Thursday, 9am to 3pm.

Hear Me Roar: The Rise and Rise of Local Women’s Footy