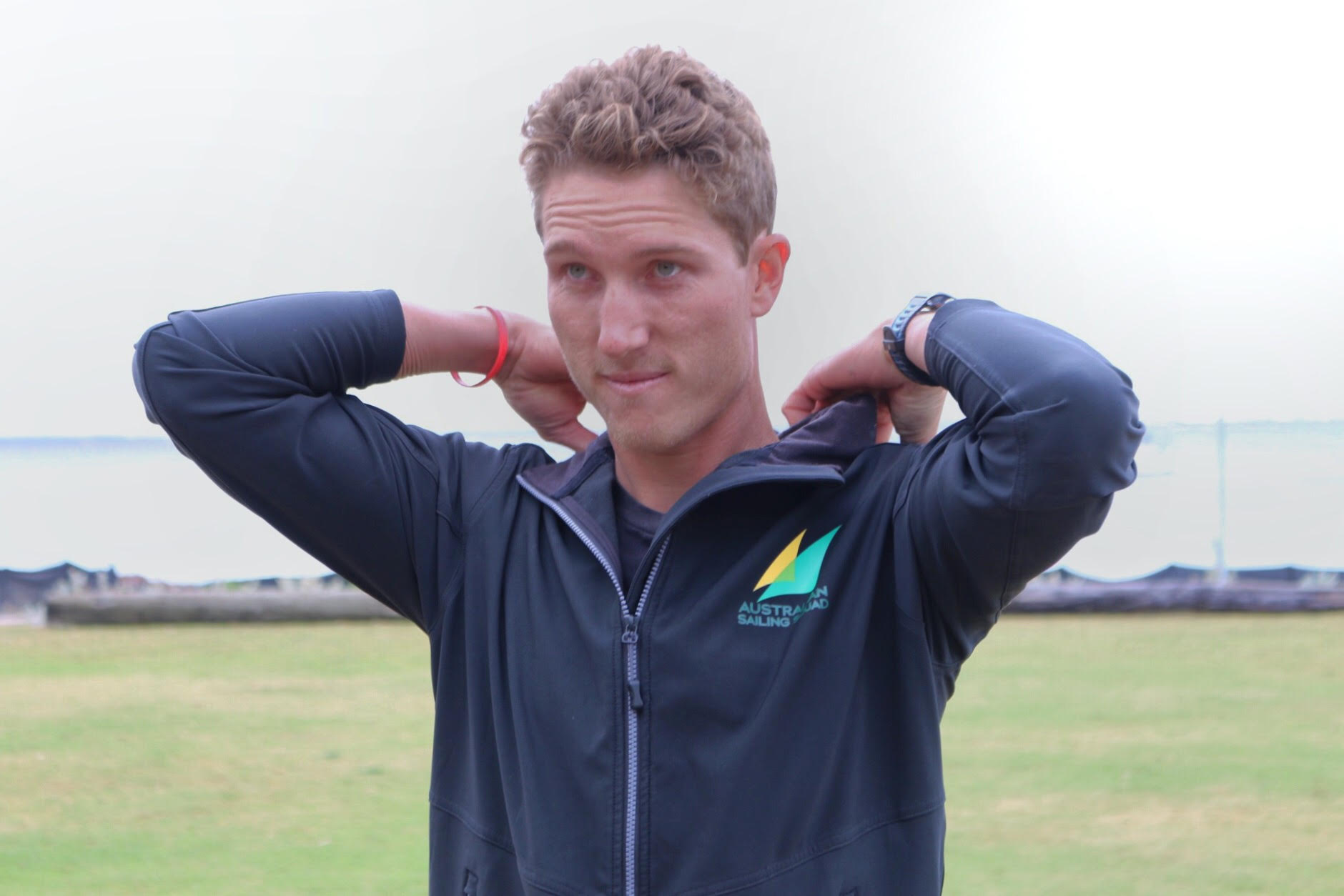 All That Glitters: Local Sailor's Search For Gold

Inside the mind of Olympic golden boy Luke Elliott. 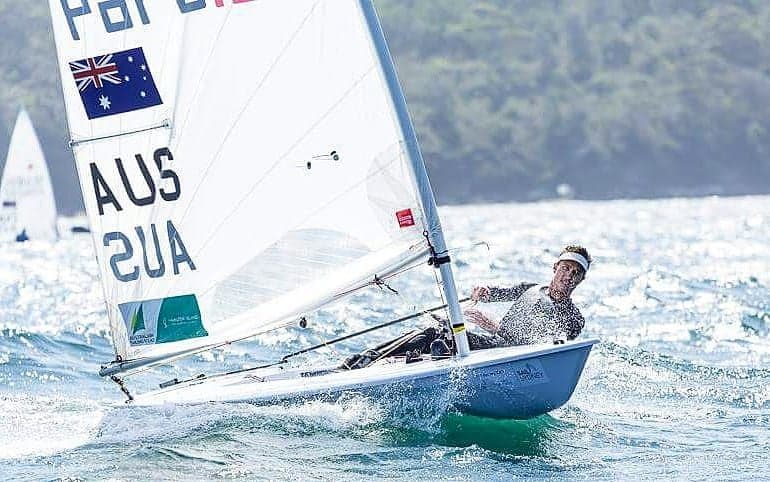 We’re a country that worships sport. Australia’s most celebrated athletes are our national icons, and often for good reason—it’s a special type of person that can attain the elusive level of excellence required to be a champion. The mindset of a high performance athlete is not like that of your everyday human, nor is the everyday person willing to make the same sacrifices necessary. Excellence comes at a cost, something Esperance-raised professional sailor Luke Elliott knows too well. The remarkable 25-year-old recently returned home from the European Championships in La Rochelle, France, seeking a chance to clear his head before he faces the World Championships, a crucial competition in the lead up to his second Olympic campaign.

La Rochelle is a place of significance for Elliott, who at 18, bailed on an architecture degree (“Dad was stoked, mum was cut”) and packed his bags bound for the French seaport, the first stop on a self-funded circuit of the European sailing tour. Elliott sails a one-manned boat called a Laser, widely regarded as the most competitive boat in Olympic-class sailing. “I remember getting there, with no money, no fuel, no phone reception, I hadn’t showered in four days,” he says. “I remember thinking, ‘What am I doing with my life? How did I get here?’. It was scary as shit.” Living in a van, Elliott stuck it out and completed the tour. By the end of the year, he was good enough to qualify for the Australian squad. With the gift of hindsight, it’s clear it takes a pretty unique 18-year-old to take a risk that bold. “I’m like that,” Elliott says. “When I find something I like, I want to be the best at it—I get super hooked. Like coffee, for example. A while ago, I got so hooked on coffee, now I travel with a stove top espresso maker, I even did a barista course. When I get stuck on something, I pursue it.” 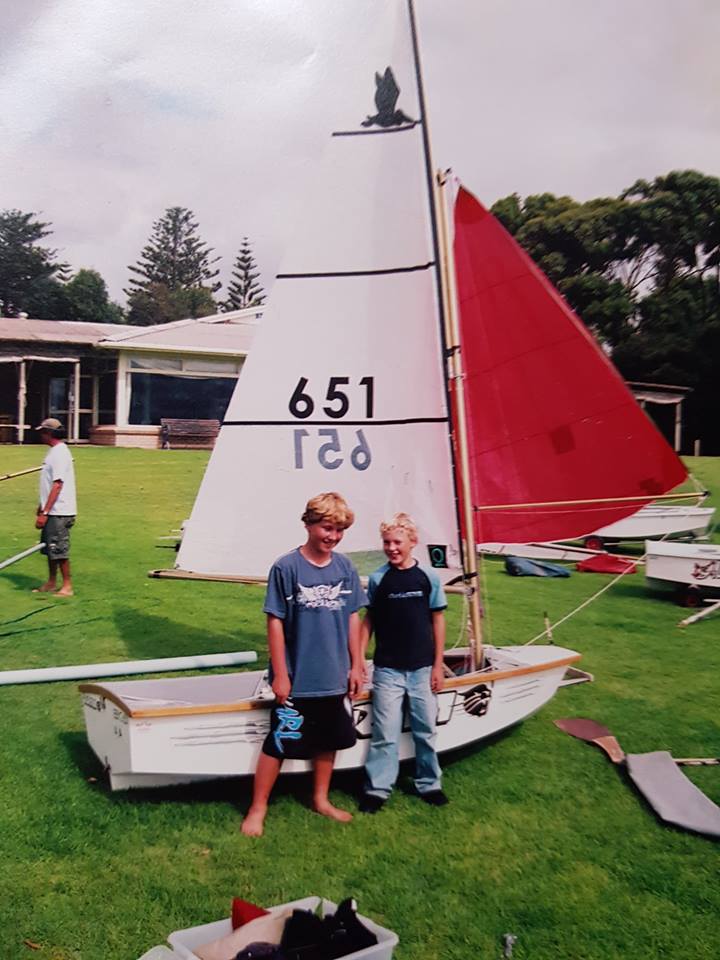 Coming home to Esperance gives Elliott a chance to recalibrate. While the virtue of his focused mind has allowed him to reach levels of excellence few people come near, it’s a double-edged sword when giving everything still isn’t enough. “The last trip was really rough for me, I needed to reset,” he says. “I’m the kind of guy, where I’m so obsessed with what I’m doing, I can kind of break myself against it. And there’s a point where that becomes unproductive. I hate losing. When you win stuff, it doesn’t feel nearly as good as losing hurts. It’s not a 50:50 thing—losing hurts so bad.” Elliott experienced a feeling more bittersweet than his coffee when he watched his teammate Tom Burton win gold in Rio in 2016. “We were in Lake Garda in northern Italy for the last training camp, and he flew to Rio and I flew home to Perth, watching on TV when he won the gold medal,” he says. “It was kinda surreal. Training with him, beating him on the water and then watching him win gold.”

And so, facing the next Olympic campaign, the sailor remains as driven as ever to outperform. Making the Australian Olympic team for Laser sailing is no easy quest. A one-manned boat, Australia sends just one competitor to compete in the event. Jostling for a spot in Tokyo 2020, Elliott is up against his former gold medallist buddy Burton and the current European champion, Perth sailor Matt Wearn. “Even if I win the World Champs, it’s still pretty slim for me to go to the Olympics, because the other guys are that good—that’s the situation I’m in,” he says. “Australia is very strong in the Lasers. If I sailed for another country I would go.” With that considered, Elliott says his next goal is to make the international Top 10, an accolade that would open up a whole new realm of funding and “a seat at the table”. But is he lying if he says he could live without a shot in the Olympics? “That’s the thing. It’s hard. You’ve got to draw a line in the sand somewhere because you can’t keep giving everything and breaking yourself against it if you’re not getting anything out of it, if you keep getting knocked back,” he says. “But you never know, the next day could be the turning point and it clicks and you make it. It’s an addiction—I’m addicted to trying to win.”

With a mind like that, it’s easy to see the wicked emotional web high performance athletes can weave for themselves. There’s constant need to improve, to outperform themself and others.

As Elliott says, ”I don’t like the feeling of being stagnant. If I feel like I’m staying the same, that to me is the same as going backwards”. So what happens when hard work and a positive attitude still doesn’t make you the best? In the last 10 years, sports psychology has played a huge role in the world of competitive sailing, ensuring the mental clarity of athletes and to stop them burning out. “Managing expectations has become the most important part of high performance sport,” Elliott says. “The best performers manage that really well and are able to be present and mindful. I’ve been meditating for a long time. But it’s a painful thing when you don’t perform as well as you’d like, especially when people you feel like aren’t putting as much work in are doing better. Sometimes that’s just the nature of sport. Wanting it bad enough can actually make it worse.” 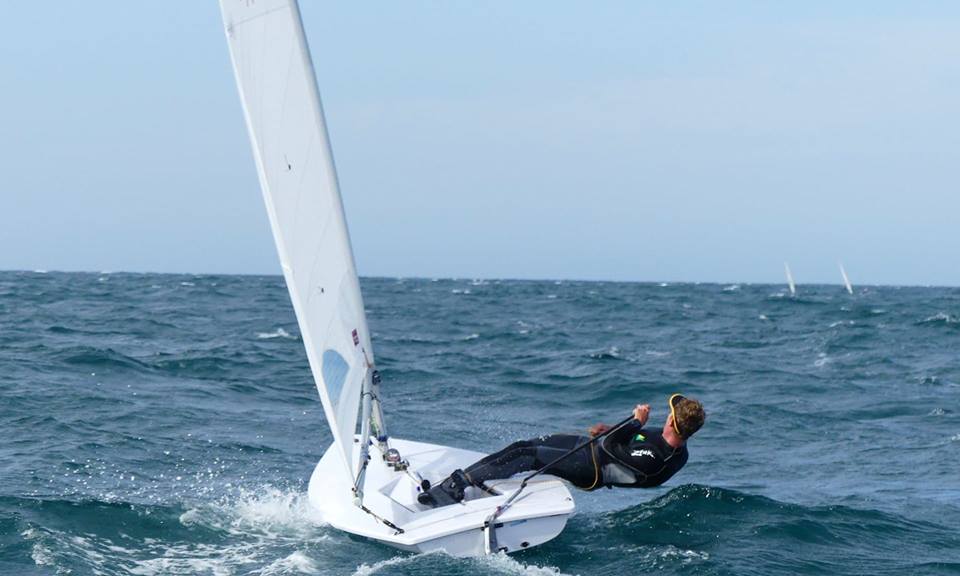 The complete exhaustion that comes from the mental effort of elite sport is another element of sailing Elliott grapples with. “The biggest struggle as a whole is how selfish being a top level sportsman is. It’s all-consuming,” he says. “You’ve got to suck everything out of every person around you.” In darker moments, the pursuit can seem completely trivial. “18 months ago, I burnt out fully, and the main drive behind that was just… “What am I doing?”. Because I’d seen Tom win the gold medal, and afterwards he was like, “You know, you think when you win it you’re going to be happy for the rest of your life and all your problems are solved, but it’s an illusion”. He’s got the thing everyone wants, but his world’s not perfect by far and actually nothing’s changed. He’s back on the horse grinding again—the world moves on really fast.”

Naturally, his burnout 18 months ago was treated with the same spoonful of medicine Elliott got just last week: coming home. From here, the sailor affirms the same ideas he will have to remind himself of every day in the lead up to the mental turmoil of the World Championships in Aarhus, Denmark, next month. “I came home and realised why I was doing it. Ultimately, it’s never really about winning but because I love it,” he says. “I could sail for fun every day. But it’s not just about sailing either, but everything that comes with high performance sport. I love that, clearly. I wouldn’t be here if I didn’t.” With a future bright if a little uncertain, the one thing that’s clear is Elliott is not about to give the game away just yet. “Hopefully my day in the sun will come, and that’s what I’m waiting for. And hopefully it comes at the right time,” he says. “But you never know what’s going to happen. I could get dropped from the team or I could make top 10. That’s the spice of life.”

Up Next: Rock Royalty Ash Grunwald