For some time now, Esperance Sri Lankan Taste has had an air of mystery about it, with a reputation spread around town through local folklore rather than the standard business promotion techniques. Jayani Alexsanderge’s started taking orders to cook for family, friends and friends of friends out of her house in Sinclair when things really started to really take off. In classic Esperance style, word of mouth spread like wildfire around town, and it became clear that the demand for her Sri Lankan cuisine was greater than what Alexsanderge could deliver from her kitchen at home.

Fast forward to now, and Alexsanderge is dipping her toes in the world of local commercial cooking. Re-emerging on Facebook, there was whispers around town that Esperance Sri Lankan Taste was back: with a menu available for pre-order and food available to be picked up from the hired Esperance Civic Centre kitchen. Last week, Esperance Sri Lankan Taste took occupancy of the closed-on-Mondays kitchen at Fish Face. After months of talk, finally it seemed there was an apt opportunity to try the much-talked-about delicacies once and for all. 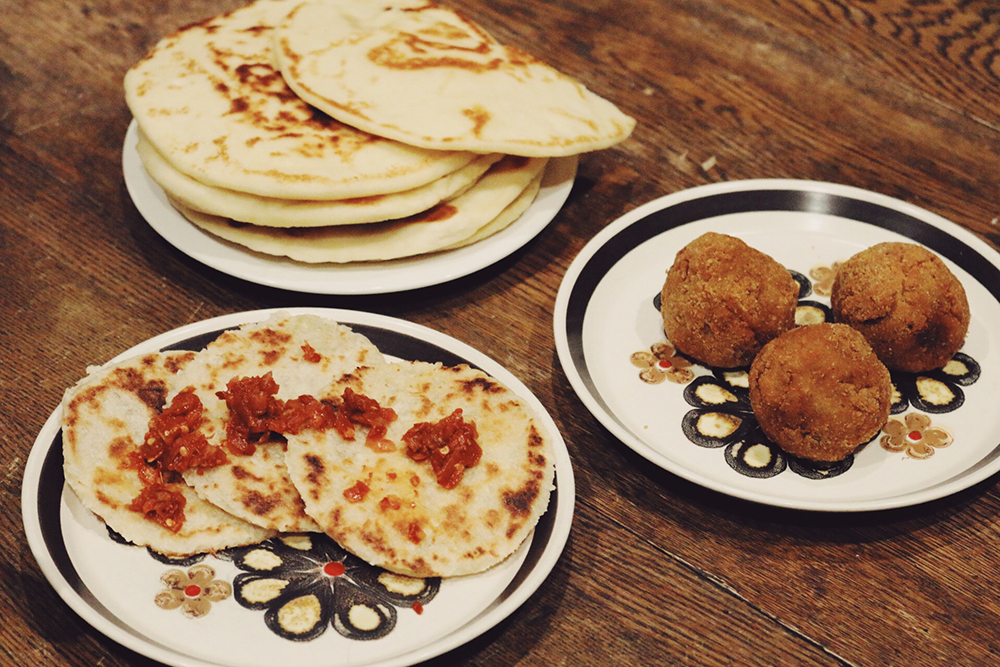 Because the meal is pre-ordered, it’s hard to know what you’re going to be in the mood for, but overflowing with enthusiasm we decide to opt for a bit of everything. The menu is structured with a range of rice and curries, with roti and naan to accompany and fish cakes to start. When Monday comes around, we’re so excited to get around Alexsanderge’s cuisine we arrive right on 5.30pm. The go is, having pre-ordered, there’s a two-hour window to pick up your dinner. After a false start (at this stage the business is cash-only) we get the takeaway home.

Naturally, we start with the fish cakes. They’re full-flavoured, with a mashed potato base rather than bread crumbs. Being philistines, we decide to give them a squirt of sriracha and the result is tasty. In our experimental haze, we’d opted for the yellow rice on the menu rather than plain. It soon became clear we’d made a mistake. Not because it wasn’t delicious—it’s really delicious. But loaded with spice and bits of fruit, it’s a little bit too much for us when we’re overcome with the richness of the curries. Plain is fine. We also load up on naan and make the most of the roti on the menu. 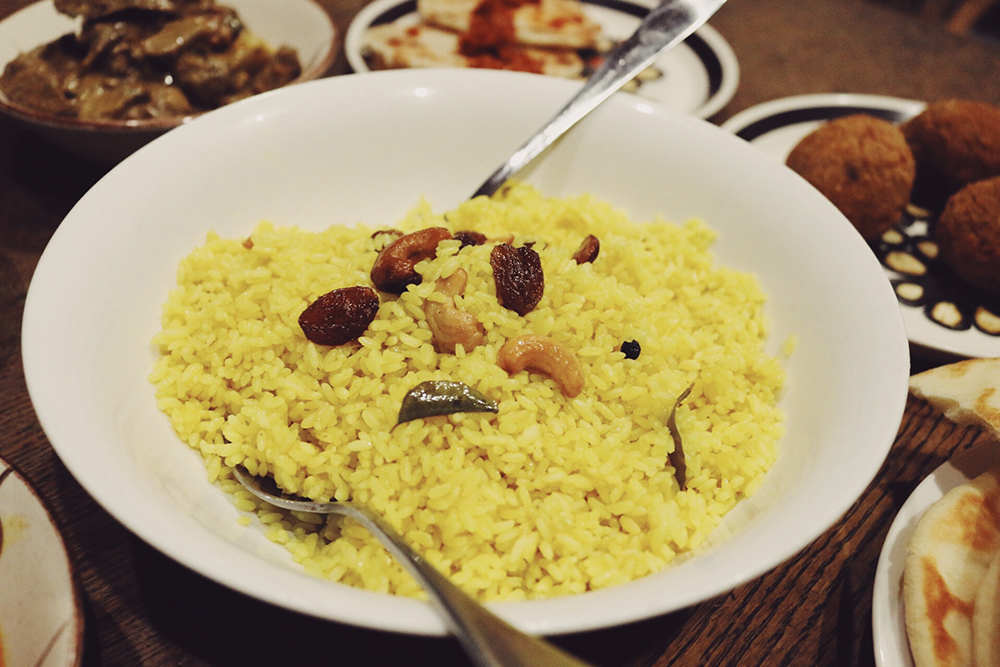 Having a 50:50: split of vegetarians in the room, we opt for the lamb curry, a ‘Sri Lankan style’ chicken curry, the eggplant curry and the cashew curry. The lamb is divine. The meat is super tender and the sauce is simple but effective. The occasional chunk of potato makes this dish a great winter warmer. The chicken is also cooked well—big tender chunks swimming in a runny red curry sauce. For the vegetarians, it’s hard to determine which flavour reigns supreme. The cashew curry has a consistency more like stir fry and the cooked nuts themself have that satisfying crunchy-soft texture. On the other hand, the eggplant curry is extremely dense and rich in flavour—a couple of tablespoons of the stuff would defeat even the hungriest belly—but it’s a real delight, and another good winter warmer of the vegetarian variety.

Honesty, we were so shocked by how full we were after just a few mouthfuls of the immensely rich and flavourful creations. More than that though, it’s really wonderful to try some different kinds of cuisines, and it’s almost a sad reminder of how limited things can be down here for wonderful foreign culinary influences. Though the future of Esperance Sri Lankan Taste remains unclear for now, it’s increasingly clear that there are legions of punters all over town keen to see a Sri Lankan restaurant open up permanently. Esperance Tide has now officially joined their ranks.

All That Glitters: Local Sailor's Search For Gold