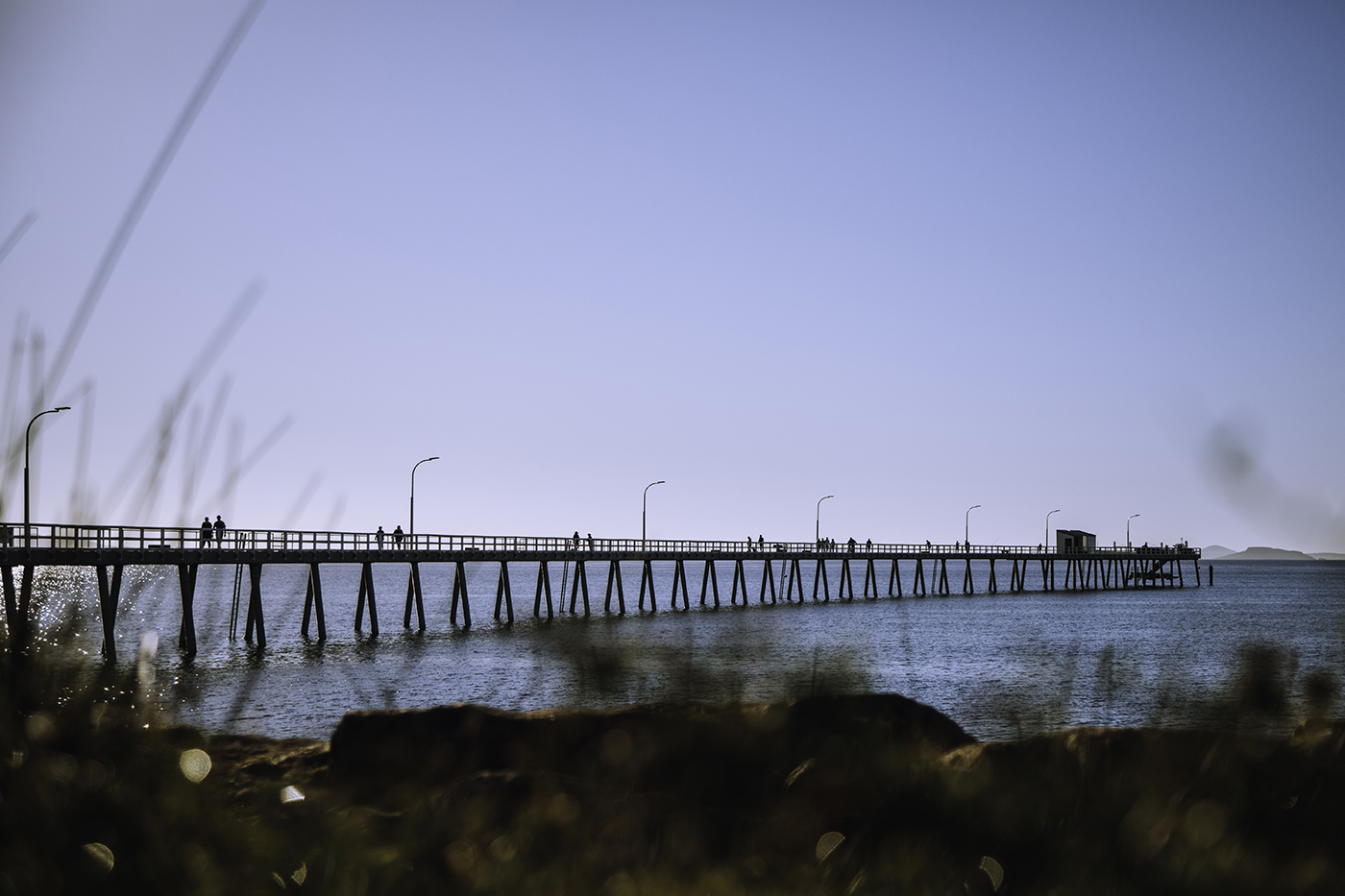 In collaboration with Shire of Esperance.

Thousands of people gathered to celebrate the opening of the Esperance Jetty on Sunday 28 March, just under a year since construction on the $7 million project commenced. Member for O’Connor Rick Wilson officially opened the jetty, alongside First Nation representatives and community members embodying the past, present and future of the town. Following the cutting of the ribbon, the 10 lucky winners of the Shire of Esperance’s ‘Golden Ticket’ competition became the first people to walk on the new 409-metre jetty.

It has been six years since Esperance had a recreational jetty, after the 80-year-old Tanker Jetty was closed in 2015. In 2016, the Esperance Shire Council voted to deconstruct the old jetty and began working towards the construction of a new one. Maritime Constructions was awarded the contract and, in the midst of the COVID-19 pandemic, the first pile was installed on 22 April 2020. The construction was not without its challenges, with inclement weather and national and international restrictions causing delays in the project. However, nine months after building began, the last pile was driven in on January 18. In his remarks at the opening, Mr Wilson described the journey from the $1.6 million deconstruction of the Tanker Jetty to the opening of the new Esperance Jetty as “interesting,” noting it had been difficult at times. He said the end result was a credit to the community. “It’s something that the Shire and the entire community can be very proud of,” Mr Wilson said. “I wish the Esperance community many, many years of enjoyment using this facility.”

More than 60 market stalls, live music, a fishing competition and a one-kilometre swimming race around the jetty marked the occasion. Lawson Baker won the swim in a time of 15 minutes 22 seconds, and Maddie McGrinder was the first female across the line in a time of 16 minutes 09 seconds. Young and old, locals and visitors, dogs and even a ferret turned out to the Jetty Headland to celebrate, enjoying the festivities on the sunny 34-degree day. The oldest in attendance was 100-year-old Phyllis Smythe, who was amongst those with Mr Wilson when he cut the ribbon and was one of the first on the jetty.

After the Golden Ticket winners had made their inaugural steps, the Esperance Jetty was opened to the public. Before long, the length of the jetty was filled with people, many admiring the furniture, made by Scullduggery Design and Integrity Esperance from recycled Tanker Jetty timber, and the mock railway lines, harkening back to the traditional use of the former jetty. Fishing lines were cast off shortly after and several people took the opportunity to cool down, jumping in the water from the lower platform at the very end of the structure.

Shire President Ian Mickel acknowledged that it had been a lengthy process to get the Esperance Jetty constructed, describing six years without such a facility in town as “a very sad scene.” He thanked the community for its patience and understanding through it all. “We hope you’re all as proud of this jetty as we are,” Mr Mickel said in his address to the crowd. “I’m sure it’s going to be enjoyed for a long time to come. I trust this jetty will bring joy to all who walk on it for the next 100 years.”

Know the Rules: Fish for the Future & Stay Safe These Holidays