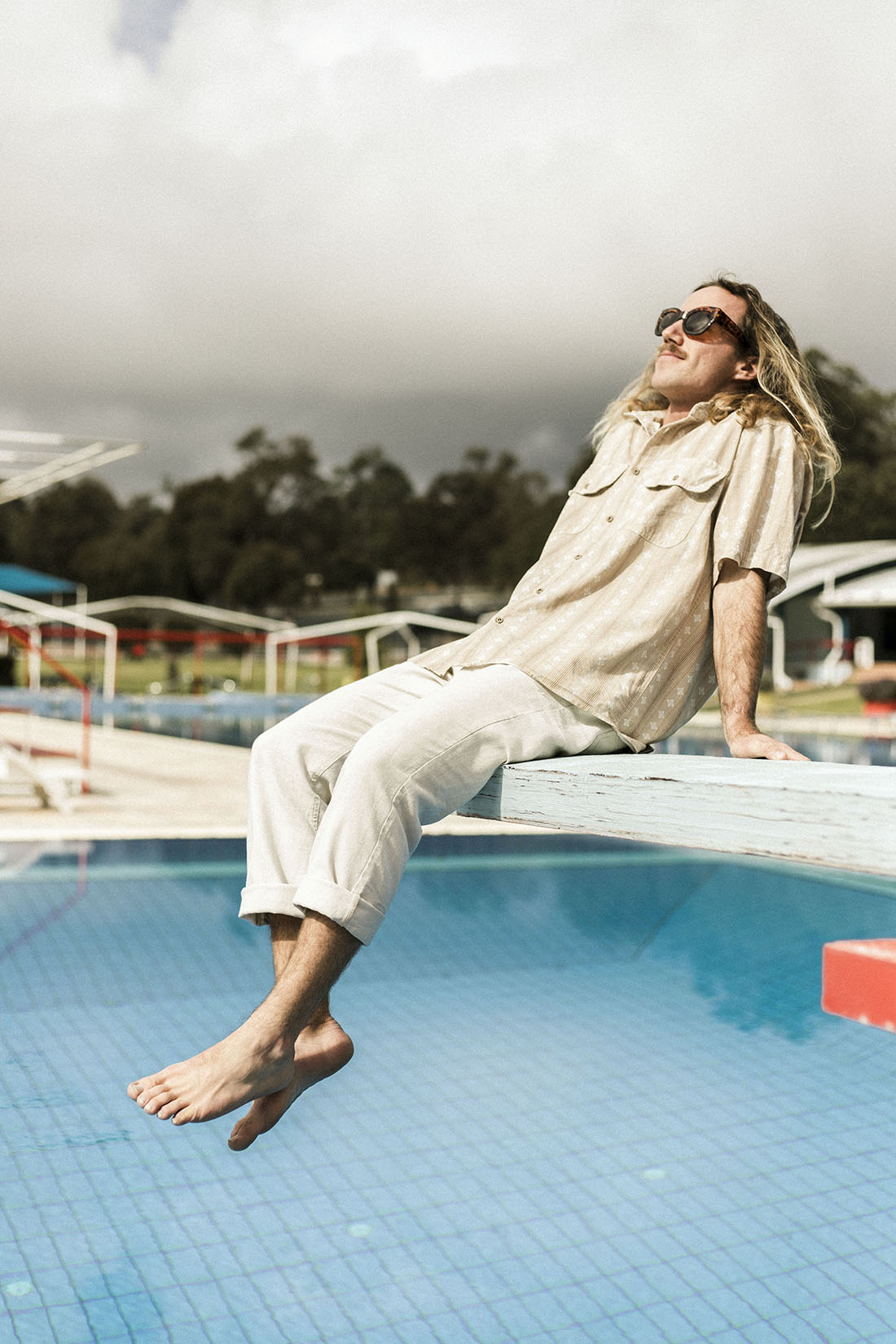 Michael Dunstan has carved his own path within the WA music scene, gaining solid momentum from sold out show to single release to sold out show. He embodies the work ethic and song writing skill that is required to break through as an independent artist. Red Moon Rising falls at the Cannery Arts Centre on Saturday April 24, and is set to be a celebration of live performance, song writing and all-round good vibes. Were wrapped to have Michael Dunstan return to Esperance in support of his Above The Falls single tour, accompanied by his full band. It’s been a short while since Dunstan has performed in Esperance, and high time to catch up with him for a quick five questions for The Tide.

What has been the biggest change in your life since you last performed in Esperance?

Dan Hedley and I accepted the challenge to have a year off the beers as a friendly competition with each other when we started a new film and audio business, Halves and Quarters, together. It’s been eight months of no alcohol so far.

I used to enjoy, perhaps far too much (as a means to escape anxiety), beers with friends, so, I won’t bore those who enjoy a casual drink in good spirits with the details of my experience. I’ll just say that if anyone has ever pondered having a break off it, give it a crack! It’s an immense source of clarity, perspective, and inspiration for enjoying everyday life.

Of your past three singles which one resonated the greatest?

The Wind Blows! Last year just went down like Titanic, and I couldn’t help but laugh at it, with reference to how it affected our music career plans. It was just so beyond anyone’s control, that you just had to go with it. It was humbling.

I read a while back a quote that has stuck with me, ‘nothing real can be touched’.

The Wind Blows is about appreciating, and if not, at least being accepting of whatever each moment presents us with. This song is a personal reminder to myself; that no matter how dire my external situation in life may get at times, there is always the joy of being within us in every moment. It’s just sometimes, we lose sight of it in all that glitters and shines.

Where do you find the inspiration for your film clips?

The last one for Above The Falls was just a random joke between a few friends, and then just spent a day jotting down a brainstorm to try expand on it. I think creativity for those types of things comes when the time pressure is on, and I sit down and just have a coffee and ramble out as many ideas as possible with a friend. Time pressure is unfortunately the key for me, something else takes over and it just happens!

Who are you listening to at the moment?

Kewpie or soy. Or Siracha. Not sure.

Up Next: Esperance Distillery Co.