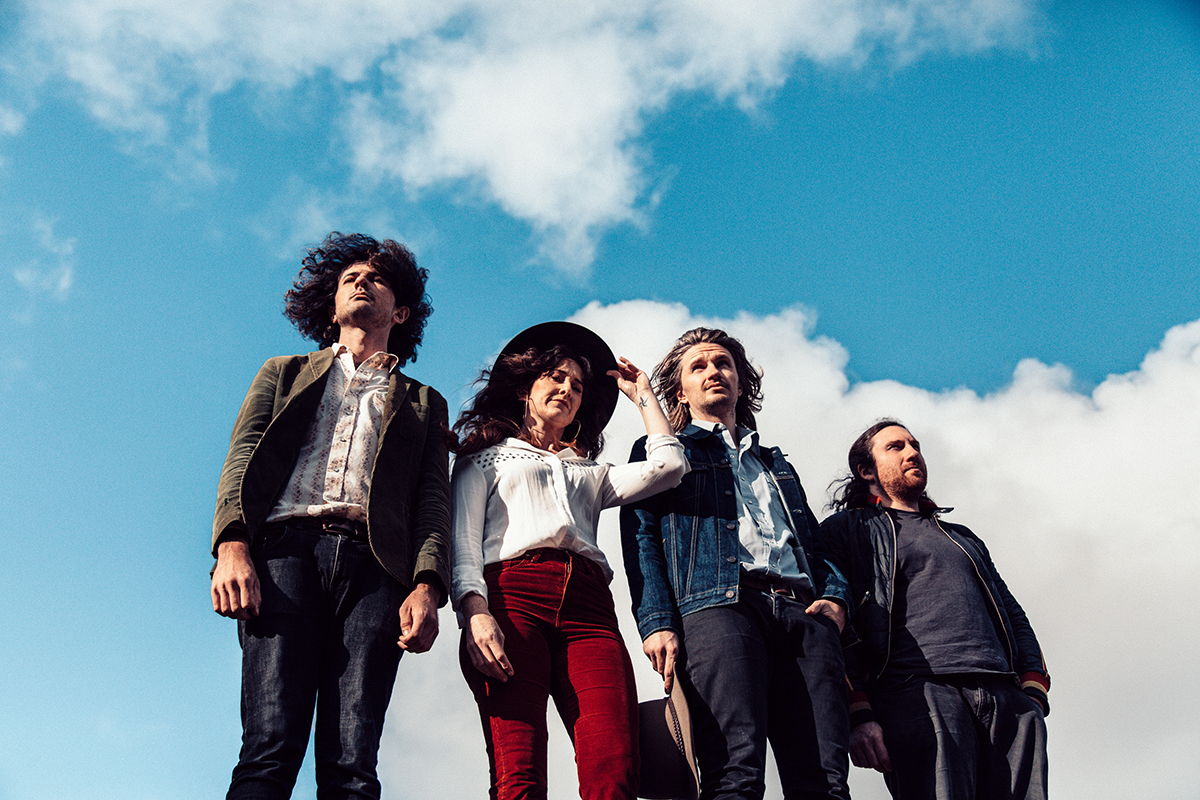 See them play at Saturday Night Jive on October 17. 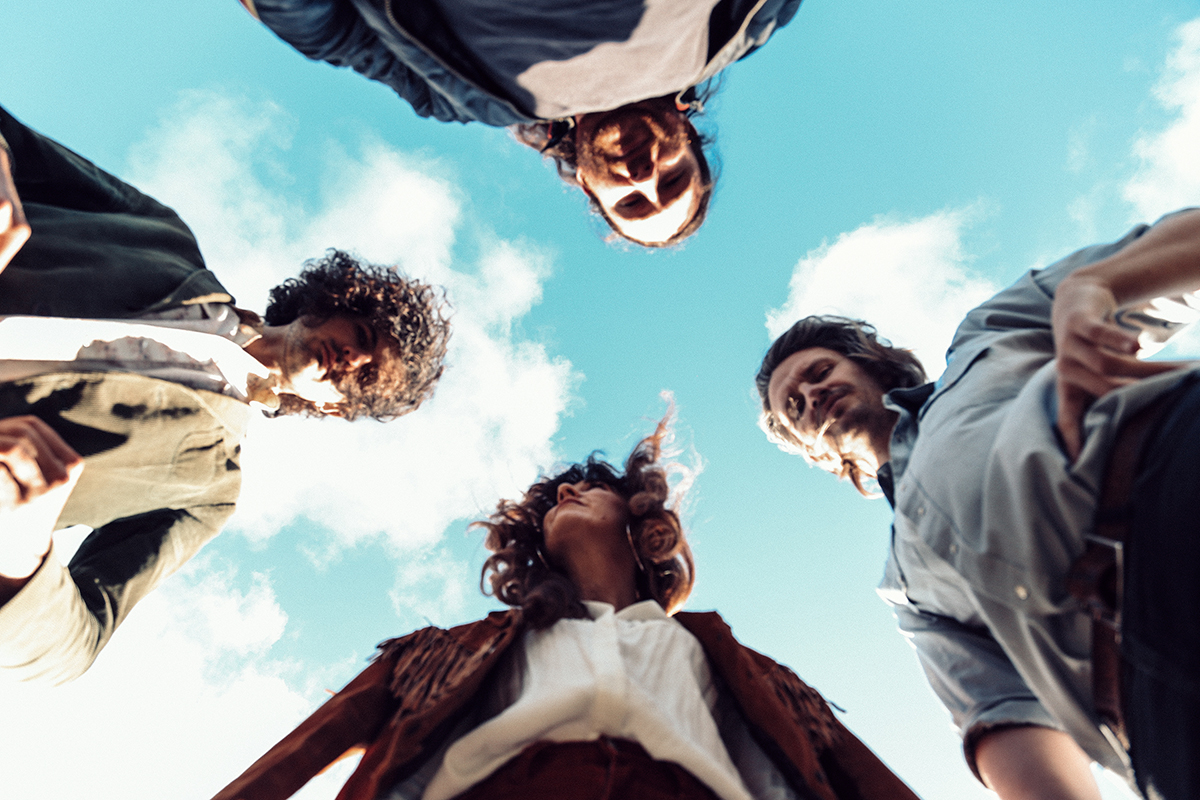 I met Tash from **The Little Lord Street Band **around a year-and-a-half ago. Chatting away, it felt as if I’d known her for ages, most likely due to the presence of LLSB within the Western Australian music industry. Being constantly nominated for and winning WA songwriting awards puts your work on the map. Upon giving the band’s back catalogue a good listen, the accolades, no doubt hard-earned, are well deserved. In 2019, on my yearly pilgrimage to WAMCon, I got hold of that year’s WAM mixtape, an array of cracking music featuring 2019 WAMAward nominees. A stand out track for me was ‘Frankie’s Back in Town’ by LLSB. I gave it a solid thrashing and feel like I know all the lyrics by now. Check the tune out if you’re into rock, blues, folk or country, as it sits somewhere within those genres. With their debut album just around the corner and an epic supporting tour that takes in Esperance, the time was right to catch up with LLSB for Esperance Tide.

So, your first full-length album, how does it feel to release this baby to the world?

Incredible. The achievement in experiencing, writing, demoing, creating, rehearsing, pre-producing, recording, compiling the songs and designing artwork to print and press the album is several years in the making, so elation comes to mind when describing releasing this baby. It’s so exciting to share it with people far and wide.

Does the album have an overall theme lyrically? Are strong messages winding throughout?

It’s a mixed bag of Tash and Jim’s different writing styles blended in a Lordy fashion to give this eclectic folk-rock, alt-country sound to the album. Lyrically, the album is full of the hardships of love, loss, anxiety, sacrifices, and relationships that come and go, with personal and learned experiences in amongst it all.

Lead single ‘Minute of Another Day’, talks about getting older as a working artist and feeling like you’re not going anywhere, our previous single ‘Fighting For Air’ deals with mental health, ‘Through The Night’ is about assault and surviving the worst possible night of your life. An ’Setting Your Tale on Fire’ ode to the younger self and the stuff you got away with, ‘Whom am I’ a song about listening and respecting people regardless of race or gender, equality is everything.

Was the recording process a sleek and enjoyable experience? Or did it feel like drawing blood from a stone?

We had a great time with Dan Carroll at RADA studios. As a band, we locked in. The energy in the room leant itself to the fact we had practised, rehearsed and invested in the album pre-production. The fun and curly parts were getting the guitars, vocals and harmonies down and extra instrumentation right.

There were a lot of laughs and heaps of mucking around which is what normally happens with us so sometimes we got carried away. We had Bri Clark in the studio on a few songs too, which was awesome to mix up the band chemistry. There were a few songs that took longer, like ‘Through the Night’ and ‘Minute of Another Day.’ Both needed a bit of extra time and finessing to settle. 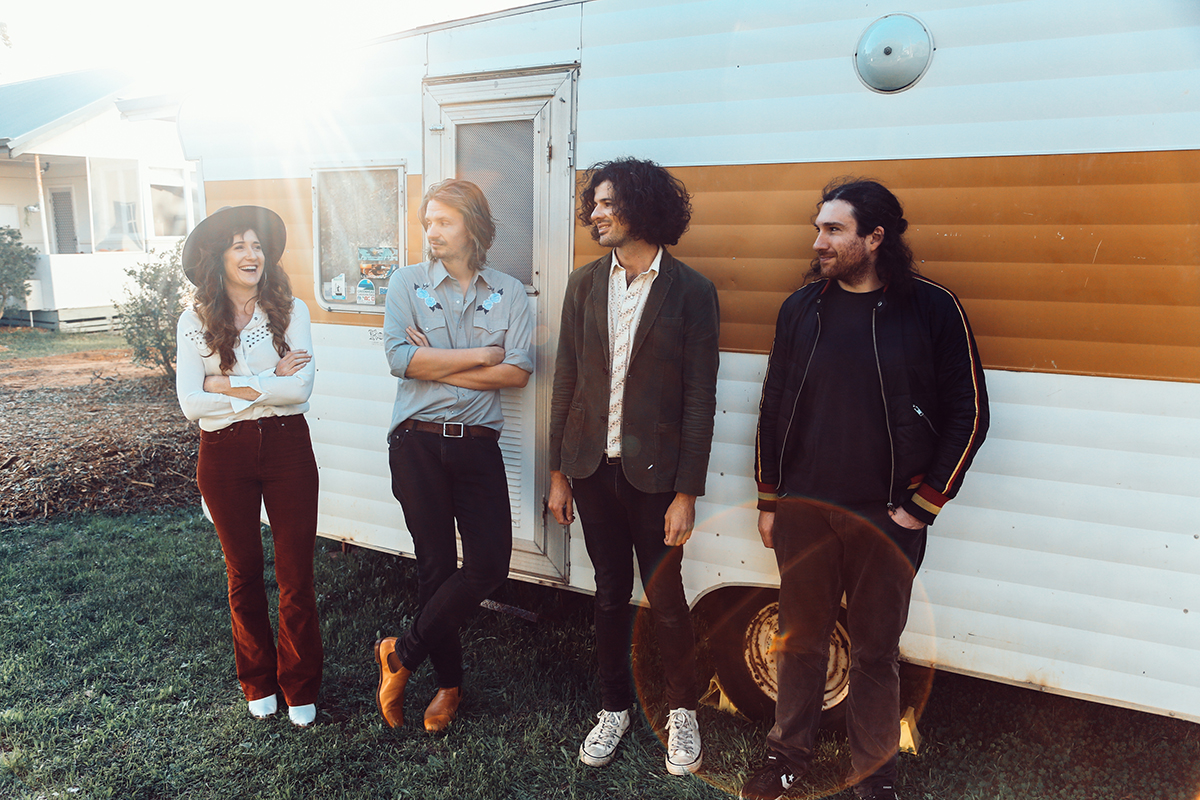 Could you give the readers a little insight into Little Lord Street Band in the studio, how does each day look?

Everyday differs but coffee and donuts are a regular occurrence.

Here’s how it looks; We load in, set up, test the mics and start doing some takes whilst making adjustments on the way. I (Tash) can be a little chatty and easily distract myself whilst Jim has his game face on pretty early wanting to capture the essence of a song early in the first few takes. This process for the album took us about two days which was fairly quick and is a real credit to our rhythm section of Alex Megaw and Michael Savage.

Once the beds (bass and drums) are done we move on to overdubbing and layering guitars and other instruments. It’s here that Jim can go down a few rabbit holes of trying and changing things and possibly getting self-indulgent. It’s up to Dan and the rest of us just to keep him grounded.

After the overdubs it’s vocal time and it’s here where we remind ourselves that we can be the biggest critics of our own voices. Sometimes getting the right vocal take requires some mood setting and and vocal exercises other times a bit of dutch courage does the trick.

Sometimes the sessions run late, sometimes we’re home before sundown other times we’re juggling work and other commitments. It’s the best most crazy experience . . . doing what we love, creating it and recording it.

Did you work with a producer on this album? And if so how have they influenced the finished sound?

Dan Carroll engineered the album and he ended up co-producing the album with us in regards to setting tempos, arranging and instrumentation.

Dan is great for capturing a very organic sound. His wealth of knowledge is very vast and he’s an incredible guitar player. He’s a very busy man both running RADA studios and being a member of the Southern River Band. I don’t know how he does it!

As a band, who would you say are your key influences?

Good question. We get Fleetwood Mac quite a bit. We also get Johnny Cash and June Carter, so Fleetwood Cash? We’re really into lots of things but Creedence Clearwater Revival, Gillian Welch, Tom Petty, and The Flying Burrito Brothers are just a few we can name at the drop of a hat.

You guys have pulled together an epic tour to accompany the album’s release. What’s the best thing about hitting the road?

We are a little addicted to the road! Getting out on the road, meeting new folks and giving them the best night is such a buzz, it’s an easy one for us! I mean, we could be tired from an eight-hour drive and daunted by the setup and three-hour straight show, but we just kick into gear as soon as we’ve started and we don’t get another second to notice that we’re sore, tired or hungry. It’s just something else. When you finish, it hits you big time. Deferred energy and all that, but it’s worth it!

With COVID restrictions in place, we thought we’d punch out a WA tour and go far and wide and play a few places we’ve not been to before. Despite the year and the frustrations in having to cancel previous shows, launches and tours, we are game to get out there and play, if we can. Life’s too short to wait around for the what if’s, plus we’ve got this new album that deserves a big road trip, so we’re going to do it.

Any regional centres that you have a strong connection with? Where you’ve found it easy to build an audience?

It’s hard to pick! So many places and venues have been very, very good to us. We always walk away feeling topped up in the soul, especially this last run we did in August (Exmouth and Kalbarri). All the feels. Don’t get us wrong, we do love a challenge and if an audience is dubious as to who we are and what we are about, with the comedy or our stage banter, we back it up with those fun feels and try get them dancing or involved (enter the spoons and shakers). It usually wins them over and they leave feeling great, having had a laugh at us and enjoying themselves and forgetting their worries. We like to think regional audiences love what we do and we just feed that love right back to them. It’s taken around six or so years to build fans in towns around WA - which is no easy feat with lots of kilometres, pindan and those long, long, long stretched roads ahead.

Who is the most interesting character you have met after a gig?

One of the characters we’ve come across in our travels appears in the video clip for ‘Frankie’s Back in Town.’ His name is ‘Wado’ and he’s a Nannup legend, along with the Dobbin family who we always hang out with when we’re down there. Honourable mentions include ‘Freddo’ in Kununurra, who bathed himself in champagne, a stage crashing harmonica player in Exmouth called ‘Billy’, a spoon tapping bodybuilder, also in Exmouth, cornbread throwing Caroline in Geelong and the pants down Eagle Rock dance, which can be found anywhere in WA.

Are you excited to bring the full band to Esperance for the first time?

Yeah for sure, we’ve played a few places around Australia in our six-plus years, some gigs as the band and some as the duo. To bring the full band and play this set in Esperance is a biggie. Last time we were in town (earlier this year), there were a bunch of legends having the best time at the Sunday session and we thought, hang on, where did all these kids come from? It was nuts. So, we’re excited to bring the full band and make more noise for you all. We have a few friends and family in Esperance also, so it’ll be a right treat to play for them, cos we are fed up with them asking when we’ll come play. So, here we are folks, come and get it!

WA has some amazing songwriters, contemporary acts, who have you played alongside that caught you by surprise?

The Little Lord Street Band play Saturday Night Jive at The Esperance Bay Yacht Club on October 17. This will be their first Esperance performance in full band format, accompanying an epic line-up of acts, including Perth band The Floors and Esperance locals Car Park Social and Grand Casual. Tickets are selling damn fast. Grab yours at kyzapresents.com.