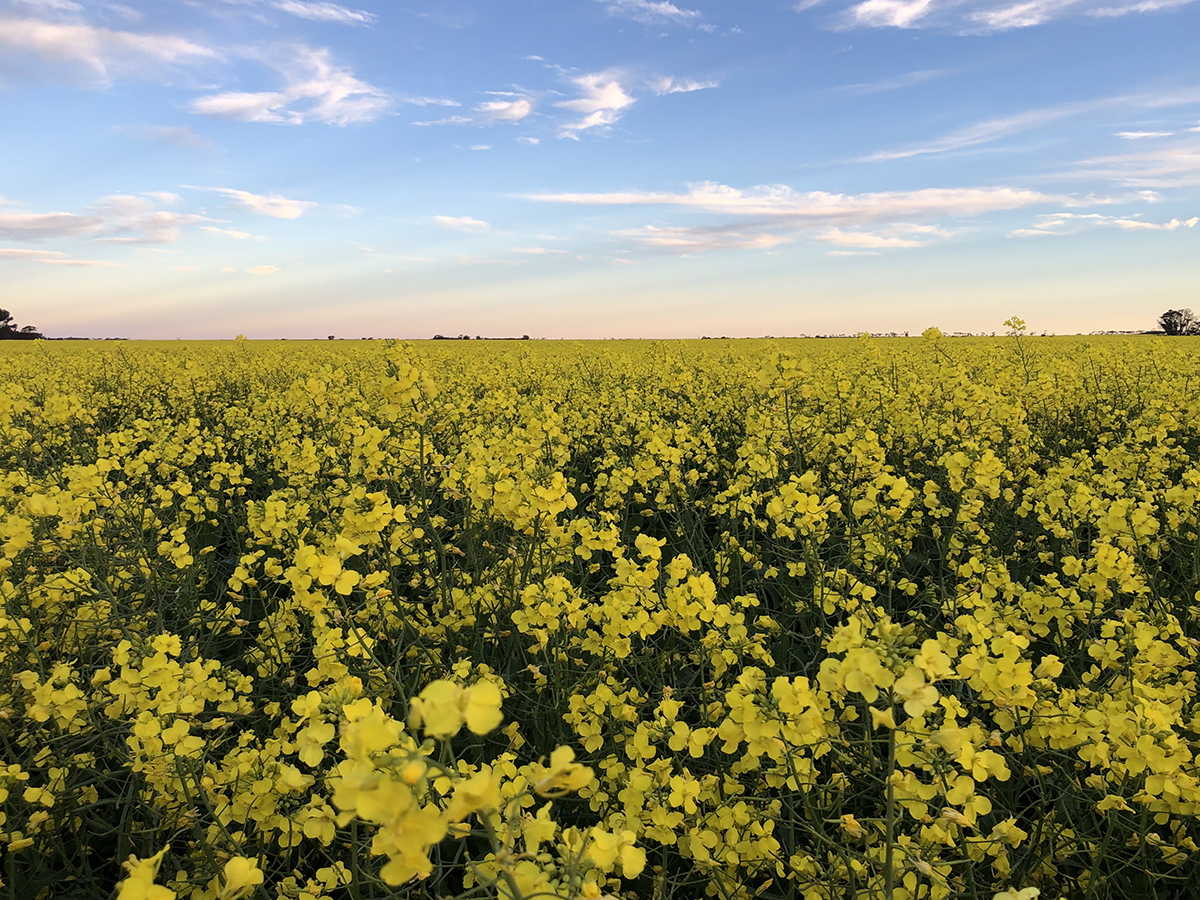 Canola is in full bloom across most of the region, with patchworks of green and yellow stretching as far as the eye can see.

Driving around the Esperance region at the moment, you’re likely to see a patchwork of green and yellow stretching as far as the eye can see. Canola is in full flower across most paddocks, and field peas and faba beans are flowering and beginning to set pods. Cereal crops like wheat and barley are either close to pushing out a head – the part of the crop where the grain comes from – or it’s already out.

The current healthy status of many crops is thanks to rain events in late July and August. However, this is not the case for the whole district. The Esperance region had a fairly dry start to the season and early on growth was slow, except for a few pockets out east that had some early rain events. Tiahn Mickel, who farms 130 kilometres northeast of Esperance in Beaumont, said prior to the rain they were relying on subsoil moisture to germinate and establish plants, resulting in patchy germination on their heavier soils. “It was pretty dire,” she said. “We were cutting operational costs until the rain came.”

Rain distribution differs across the Esperance region, with areas close to the coast receiving more rain than areas further north. If it’s raining in town it doesn’t necessarily mean it’s raining out on farms. Agronomist Giles McMeikan said things turned around pretty quickly with a few timely fronts from late July into August, providing good moisture for much of the district. “Unfortunately, north of Salmon Gums missed out on these rains and they’re holding out on some finishing rains to get them through [the season],” Giles said. Salmon Gums farmer Dylan Norwood concurred, saying they needed rain as soon as possible. “She’s getting dry,” he said. “Over the last three months I’ve only had 70mm.”

Provided the region receives some finishing rain this month, it’s likely many local growers will get close to their average yield, with those closer to the coast hoping for a bumper crop. Meanwhile Grass Patch and Salmon Gums are also hoping to get close to their average yields, so long as the rain comes and the frost holds off. So, make sure you’re doing your rain dances this month to encourage the rain to fall all around the Esperance region!