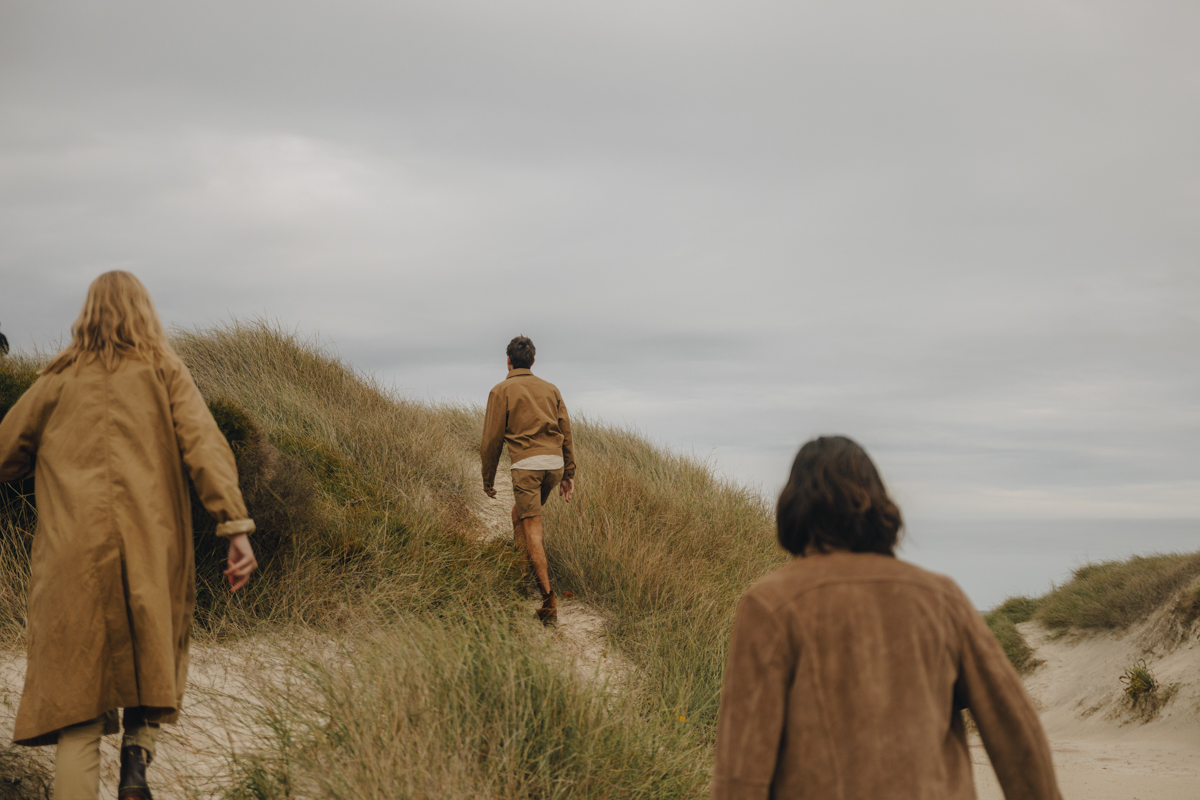 On the Road with R.M.Williams

Behind the scenes of their recent campaign shot in Esperance. 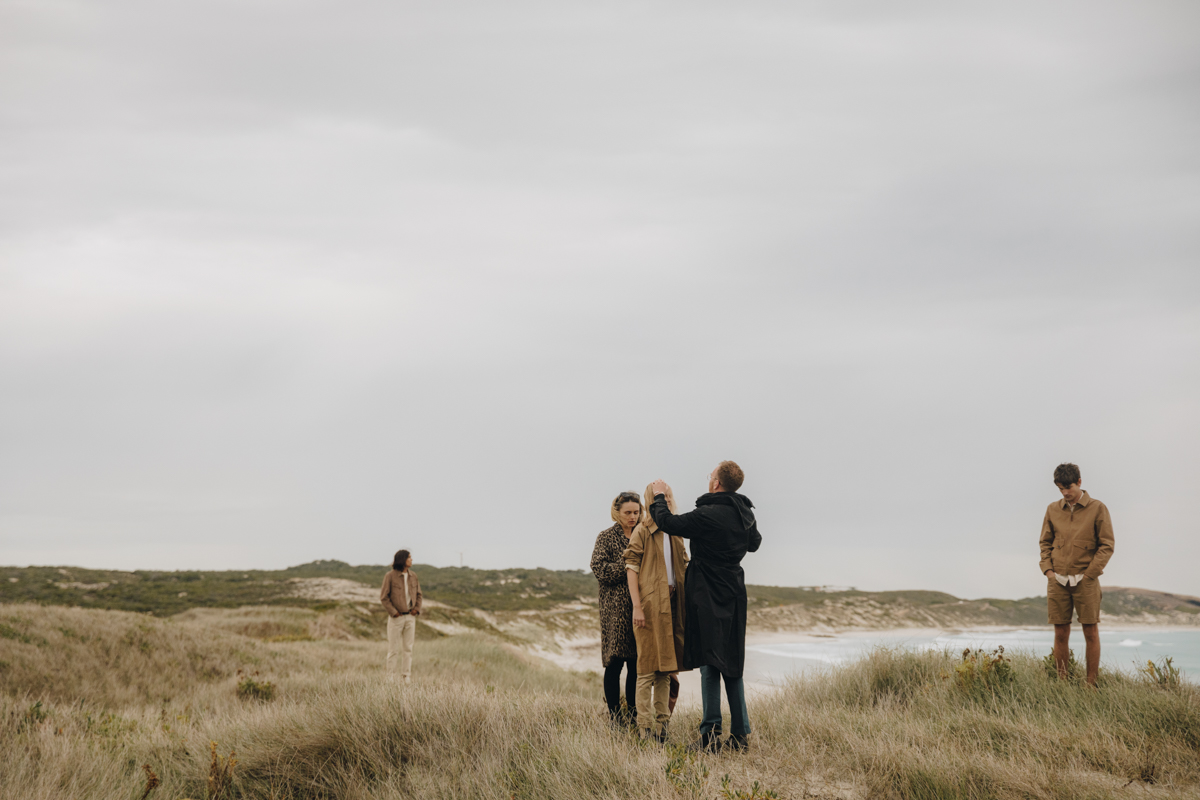 “It’s very Australian,” I’m told of the landscape, as we bounce along the gravel on a back road north of Myrup. I can’t think of a worthy response, but somehow manage to acknowledge the statement without too much of an eyeroll. I suppose to three European ex-pats, each now residing in either Sydney or Melbourne, a dirt road wedged between paddocks for as far as the eye can see is very Australian. 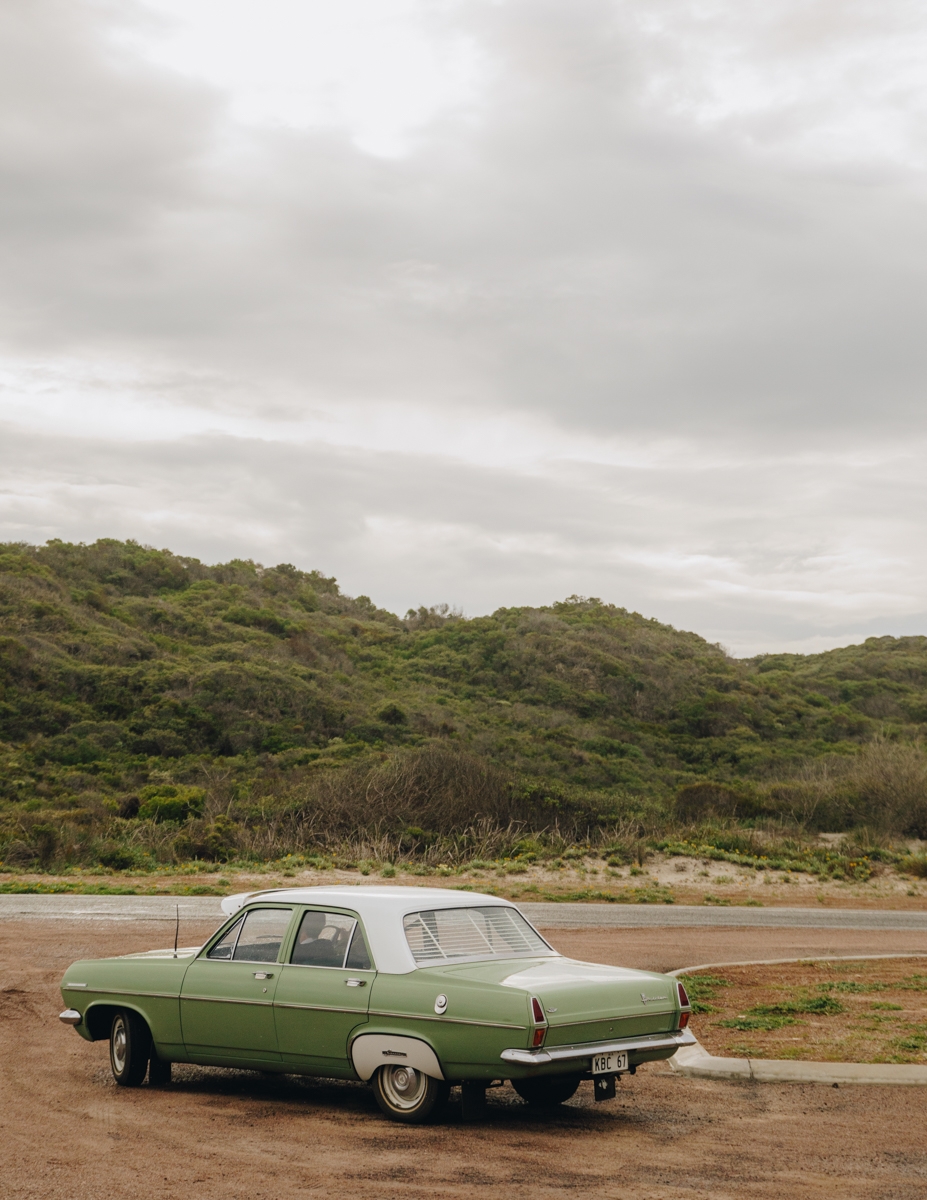 It’s late May and the land around us is still dusty and brown, any sign of life yet to emerge from the soil. My passengers – two Brits and a German who have collectively lived Down Under for less than a decade – are quizzing me about when the crops will begin to show and what colour they’ll be when they do. When I reply green, I’m probed further. “Yes, but what shade of green?” My familiarity with the Pantone Colour Chart is about as slim as my knowledge of agriculture and the question has me stumped. I shrug and continue driving until I’m asked to stop the car so they can take photos of a road sign. A mundane but welcome interlude. 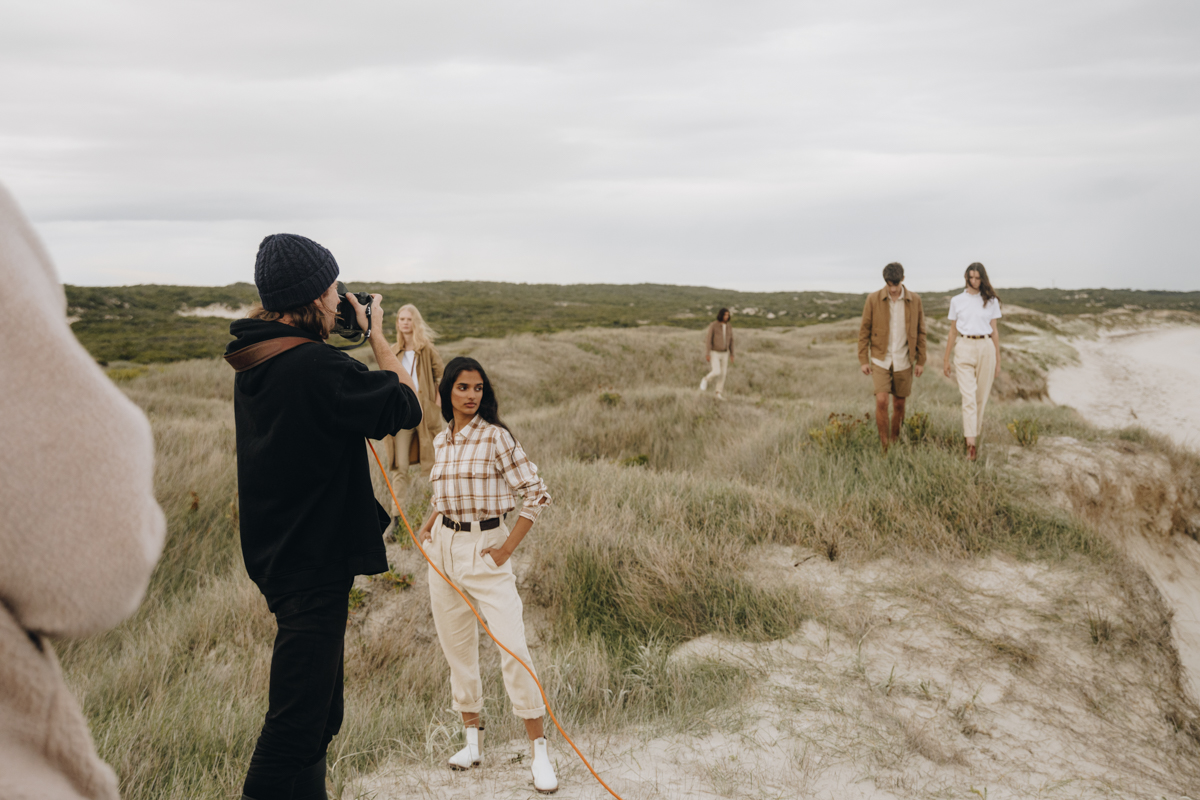 I find the irony of three Europeans having creative control of R.M.Williams’ latest marketing campaign somewhat amusing, but they’re taking their reccy to Esperance very seriously, so I do, too. Esperance is being considered as the location to shoot the iconic Australian brand’s next campaign and I’ve been asked to assist the creative team in finding the right backdrops. I’m acutely aware that I’ve chosen to wear a pair of very obviously non-R.M.Williams boots on this particular day. However, I remind myself that the trio will probably spend more time looking at the scenery through the frame of their index fingers and thumbs than at my feet. In town for less than 24 hours, and admitting they were experiencing the unenviable combination of hangover and jetlag, we begin the reccy where all good flying visits to Esperance should – Cloud Eleven. Over toasted sandwiches and coffee, they tell me what they’re looking for in Esperance. Some things are a cinch, like a sandy track leading to a beach and a lookout over town. However, other requests require a little more thought and are strangely specific. I leave them to caffeinate while I do a quick ring around, trying to source an abandoned shearing shed, old fuel bowsers and, heaven forbid, a black 1980s BMW with roof racks. 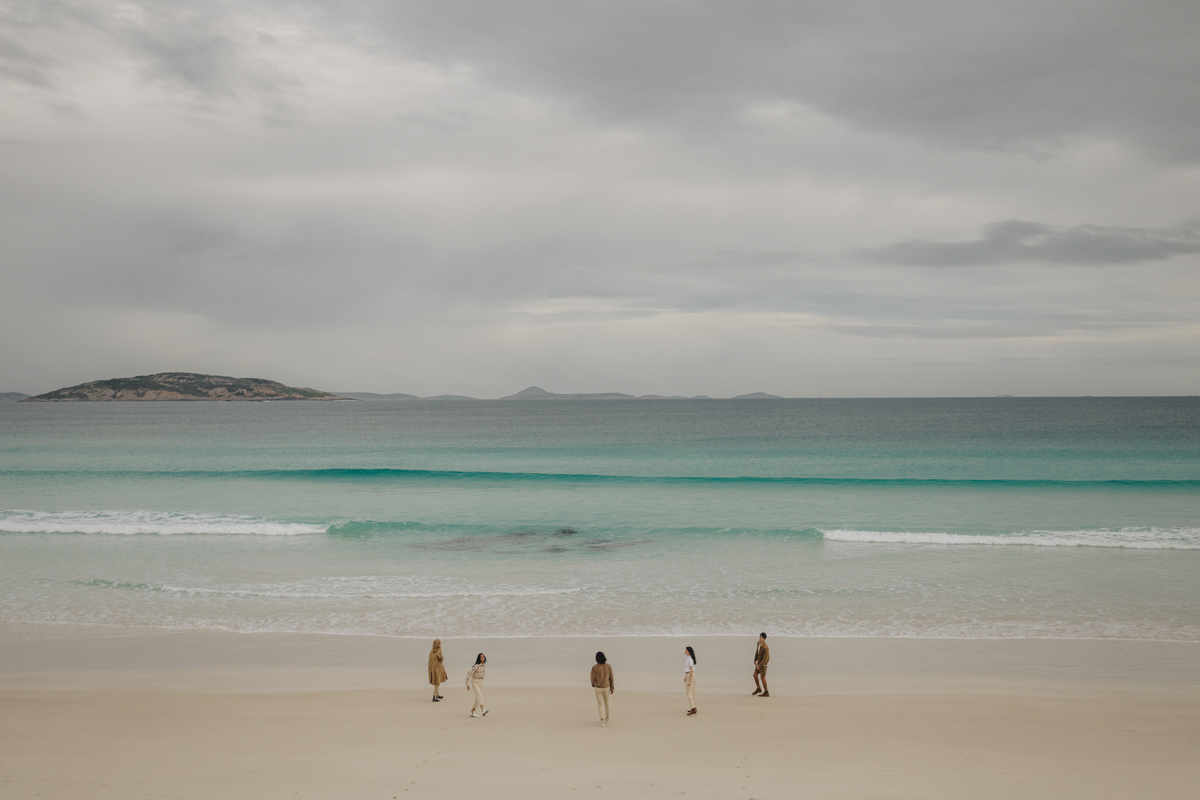 Over the last few years, Esperance has been selected as the backdrop for the marketing campaigns of several big brands. In 2018, swimwear giant Seafolly shot a campaign featuring German supermodel Toni Garrn at Blue Haven, Wylie Bay and Lucky Bay, while Kevin Murphy headed out to the Wylie Bay sand dunes and Twilight Cove to promote its hair care. Just last summer, Rip Curl chose Wharton Beach to set the scene for its recently released women’s summer 2021/22 campaign. R.M.Williams is now on that list, too, with the brand’s ‘On the Road’ campaign shot in Esperance in early June and released last month. While it has its share of generic countryside shots – complete with climbing on hay bales and running through open paddocks – it also makes use of some pretty iconic Esperance scenery, including the Esperance Jetty, Great Ocean Drive and Dempster Head. According to the brand, the seasonal shoot captures a nostalgic journey from country to coast, and “pays tribute to the natural beauty of unique Australian landscapes and lifestyles - capturing the optimistic mood of a spirited escape and memories of summer adventures.” 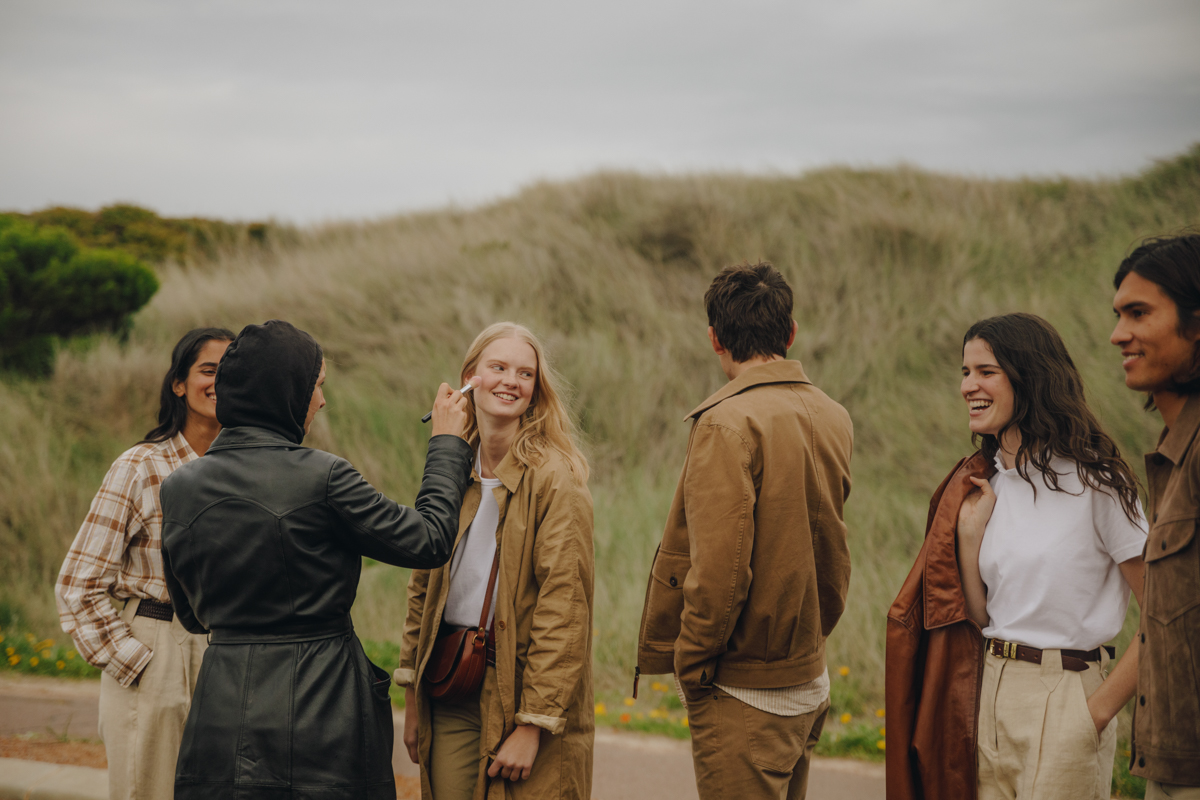 Almost 30 creatives descended upon Esperance for the R.M.Williams shoot, including six models. But, as has been the case with all aforementioned campaign shoots, countless locals were involved, too. Someone to assist the out-of-towners with location scouting and general logistics was the just tip of the iceberg, with several local farmers allowing access to their properties and Paddy Ratcliffe from the Esperance Veteran Car Club lending his 1967 Holden and 1979 Mercedes to the three day shoot (sadly, a black 1980s BMW with roof racks could not be sourced locally). Paddy himself was even thrown in front of the camera but while he didn’t make the final cut, his cars certainly did – if you come across the campaign, keep an eye out for the E and KBC number plates. Taylor Street Quarters provided three meals a day to the R.M.Williams team and multiple accommodation providers ensured they had somewhere to sleep, not an easy feat given it was the WA Day long weekend. 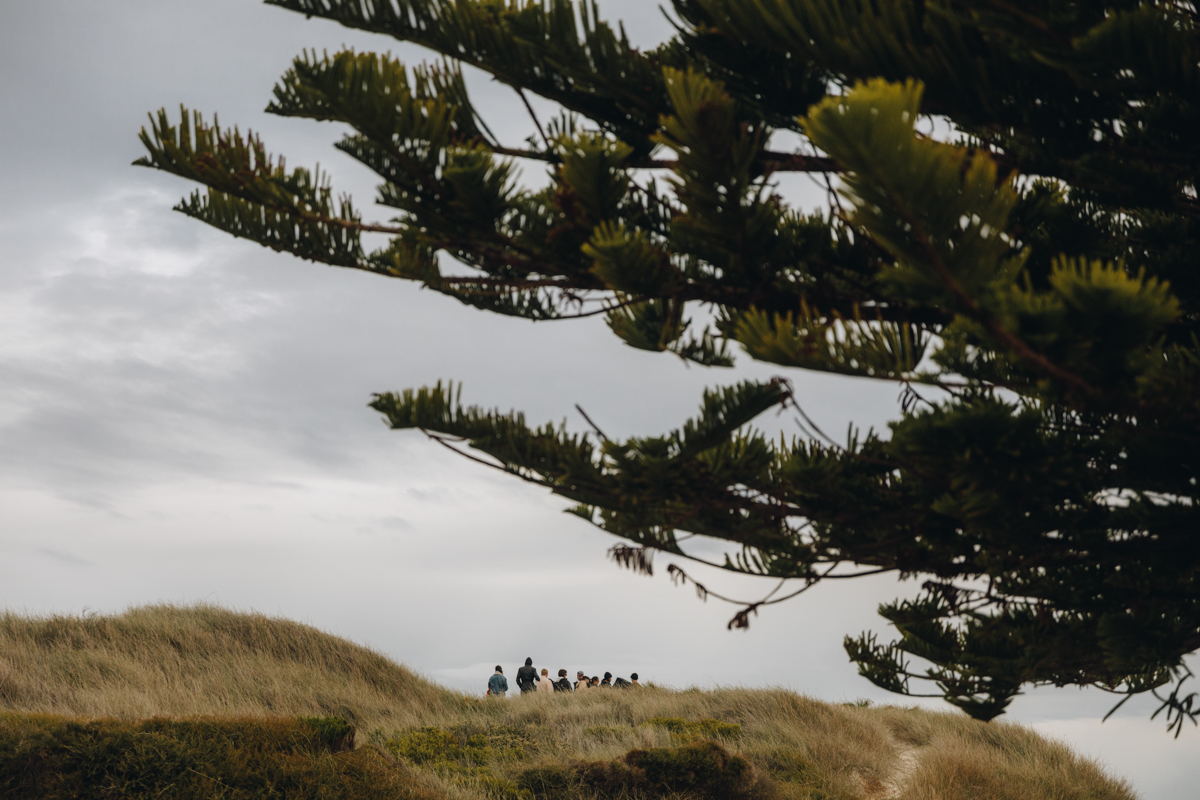 “It’s very Australian,” I mutter to myself when I see ‘On the Road’ for the first time. The final product of the campaign, a series of photographs by Sydney-based fashion photographer Jake Terrey and a 90 second film, is as much an advertisement for Esperance as it is for R.M.Williams. Showcasing more than just our beaches, it captures the essence of Esperance; that we are as country as we are coastal. As it has been before, there’s a small thrill in seeing your hometown provide the backdrop to a campaign of this scale. We might be isolated, some might even argue we’re a little backward, but we’re also sought out by some of the biggest brands in the country, and that’s not something many regional towns in Australia can boast. 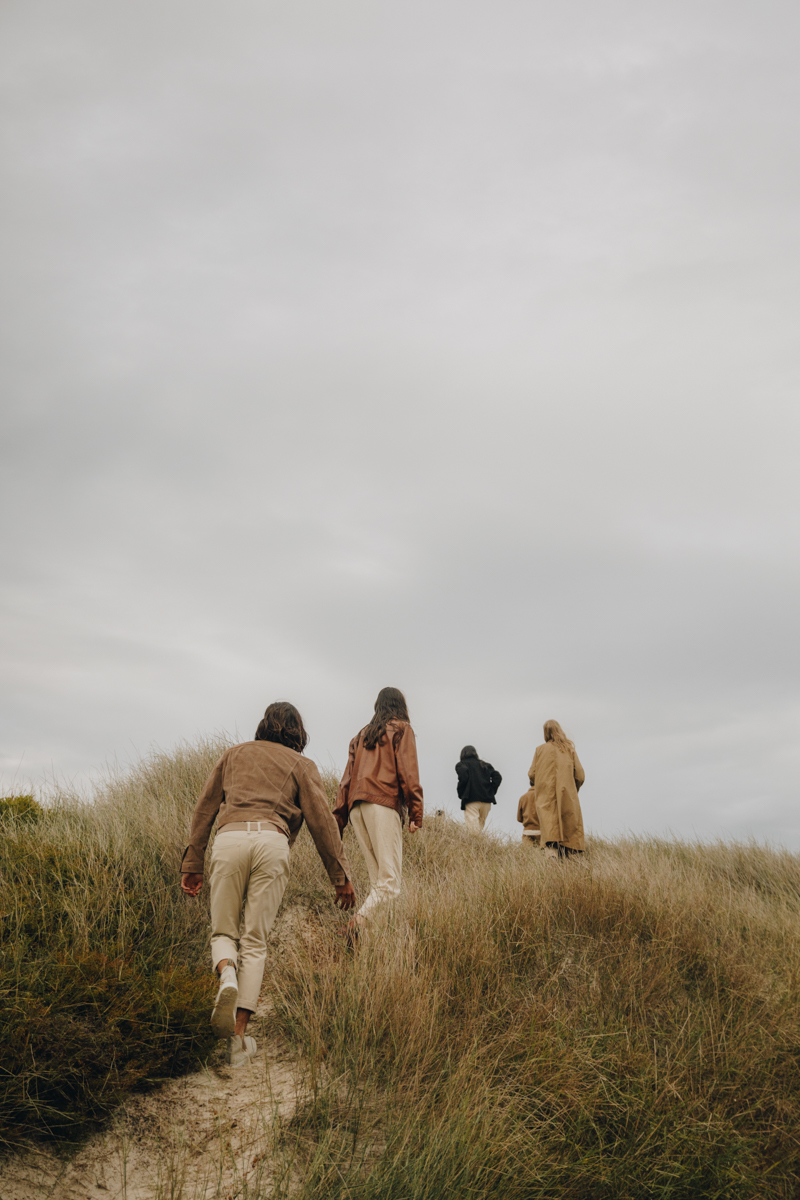 Up Next: A New Home For Coffee Cat & Sir Juice