Q&A: Get To Know Reese & Scott

The boys from Tailtap Skate Clinics. 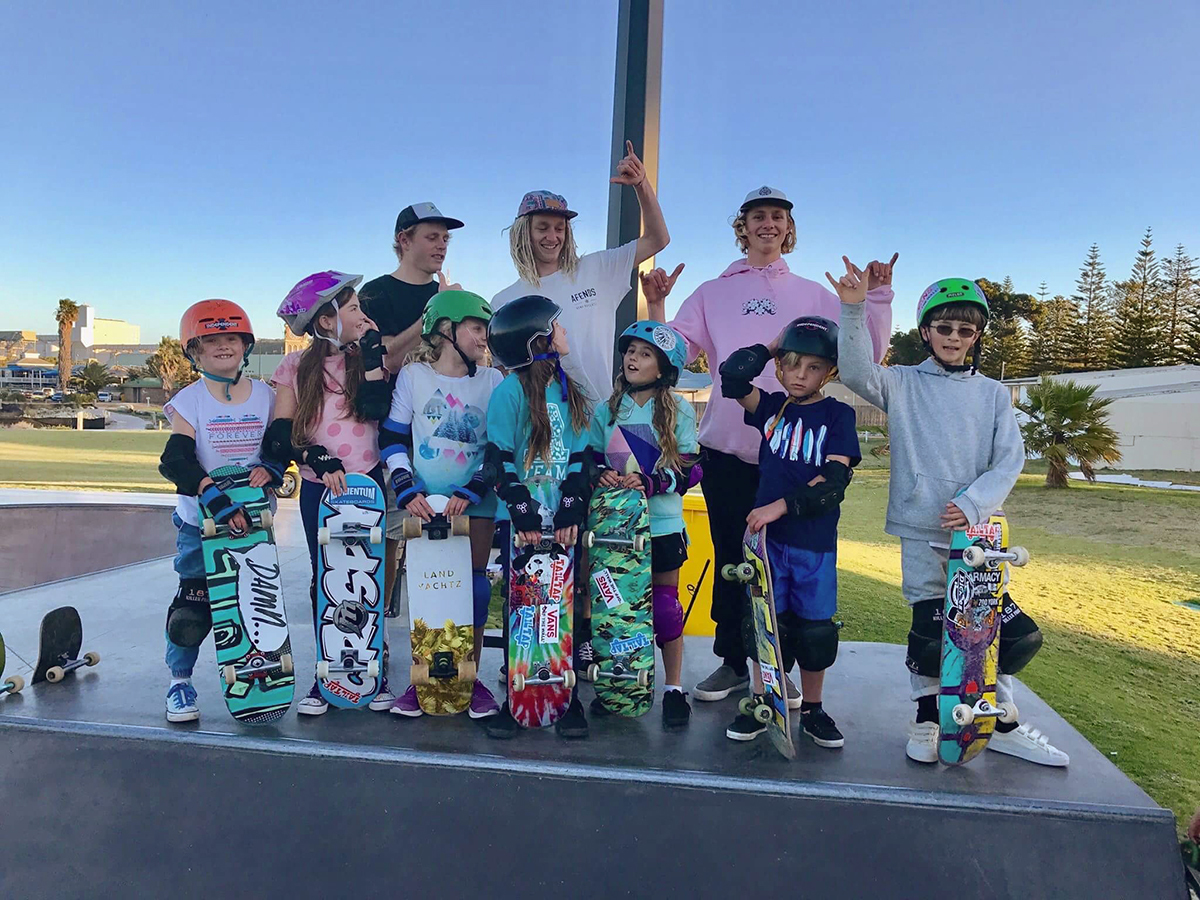 How long have you been skating for?

S: About six years, but I’ve been skating every day now for the last year or so. Unless it’s raining.

R: Yeah I’ve always skated, but I’ve been skating properly since the skatepark got put in, so about one year.

Thoughts on the new skatepark?

R: The skatepark is so good for kids around town, who before this possibly had nothing to do. You can come down here and you’ve always got something to work on, you can always expand on your skills. 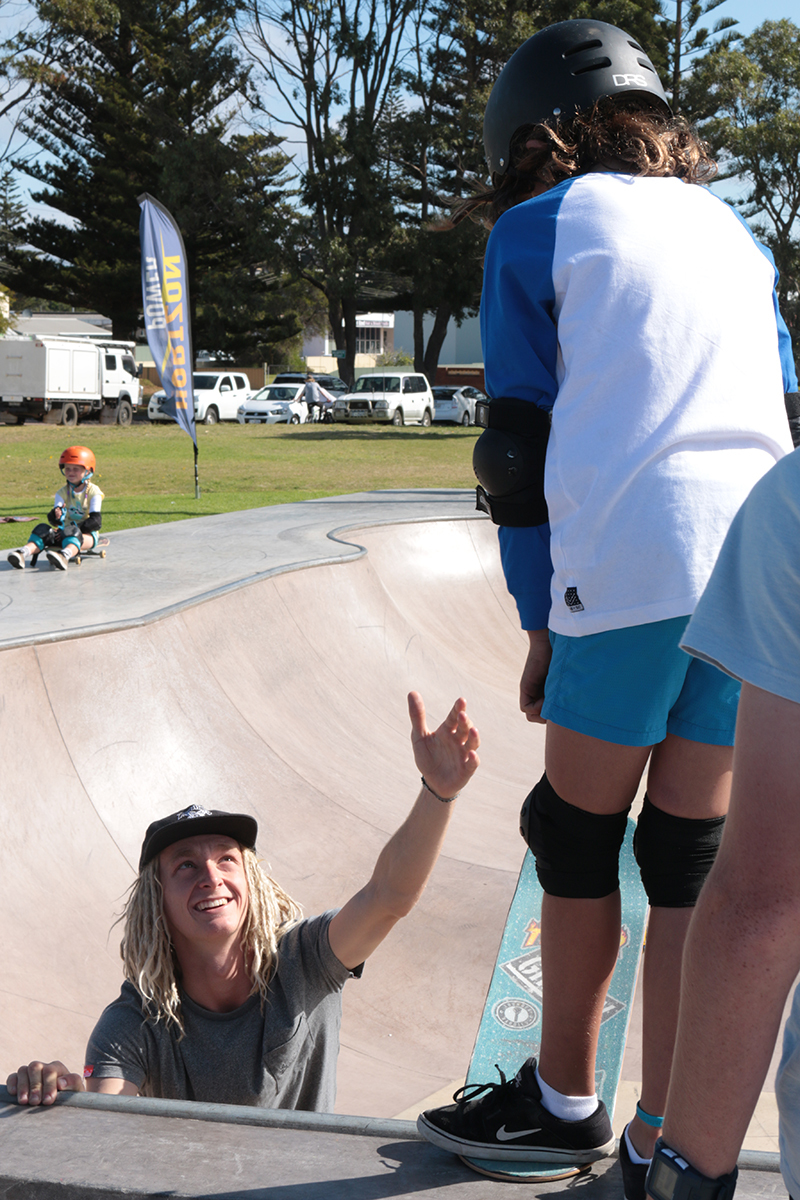 If you could skate anywhere in the world, where would it be?

S: Shanghai has the biggest skatepark in the world, so probably there. It’s a massive park, they’ve got everything times three.

R: Yeah, agree! When they contracted the build they said they wanted it to be biggest, most innovative and best in the world. They used [Esperance’s skatepark designers] Convic and the other four biggest skatepark builders in the world. It’s huge.

What’s the best thing about teaching kids to skate?

R: They get so stoked, it’s so awesome, even just when they’re working on a new trick! But when they actually get it, it’s the best! And the kids, they progress so quickly. 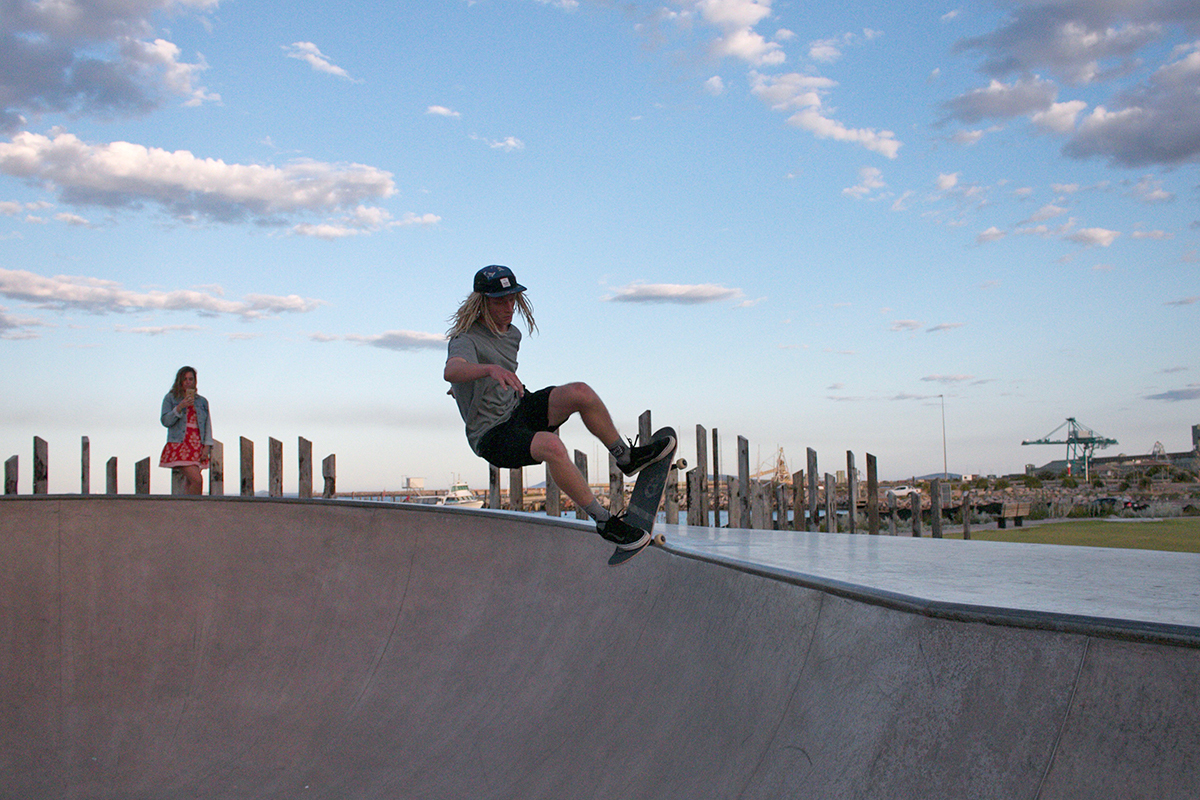 S: Yeah, you see how quick they learn and it’s rewarding for us.

R: The clinics also make it so it isn’t so scary for the kids—they get to know all the people at the skatepark. I remember I used to be super intimidated by older kids at the old skate park, but this is a good initiation and introduction so they can feel more comfortable.

If you could change one thing about Esperance, what would it be?

S: The drug scene. It’s not good to see people with drug problems.

R: It would be good if they could do something about the sharks. I was at Kelp Beds yesterday and it was pumping and not a single person was out.

S: I’ve been skating way more lately because unless it’s raining, the conditions are always good. And you can come here at night—you can’t go surfing at night.

R: Surfing is more self-rewarding, whereas with skating it’s the whole culture around it. 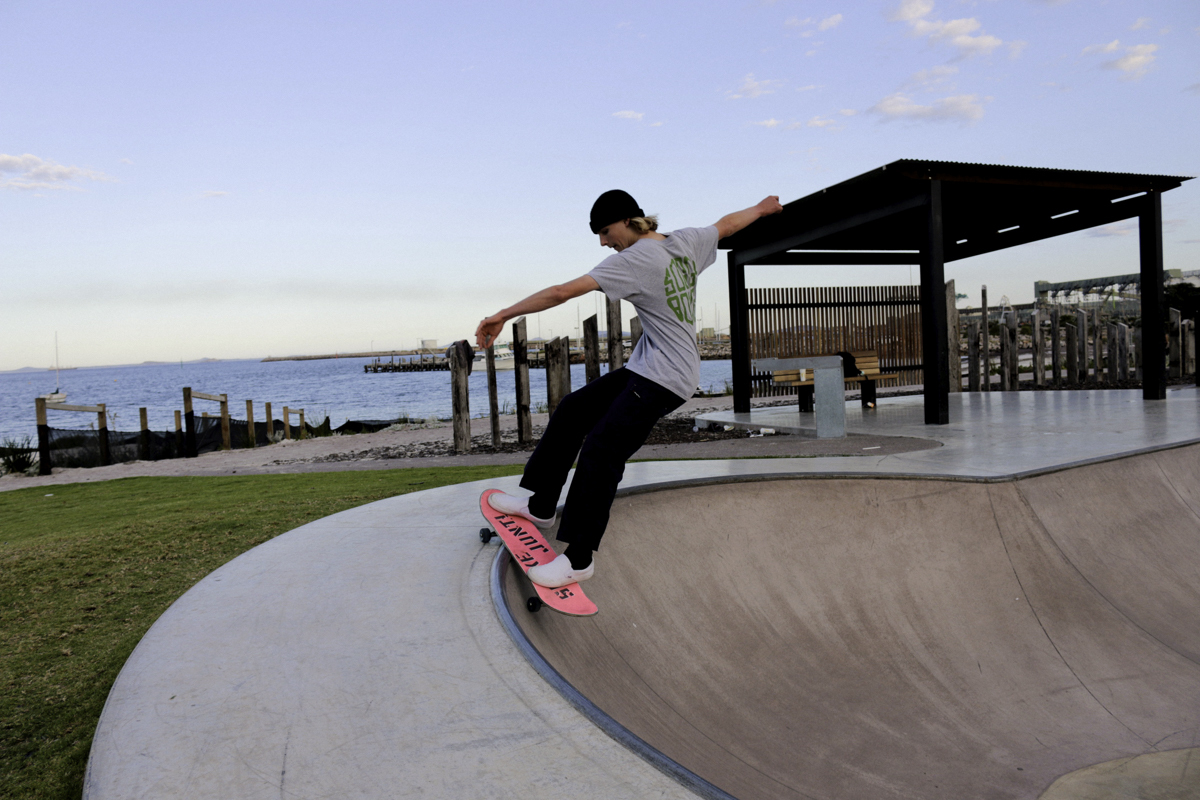 Song of the day?

R: The song from the start of the original Cars movie. With skating, you can never have a favourite because they get so repetitive. I just end up listening to silly songs.

What do you tell kids that are scared of skating?

S: You just have to convince them they can do it, and if they hurt themselves you just tell them, “You’ll be right, you took it like a champ”. It’s a part of skating.

R: Yeah, you just pump them up, get them keen. The skate clinics are cruisy. There’s always heaps of parents around but they don’t necessarily have to be there, the kids are in safe hands. We’ve never had any serious incidents.

The next Tailtap Skate Clinic is this Sunday, October 8 from 3-6pm. You can register here.

In Review: No Rotten Tomatoes For Yamato

Off To Yabbie Creek: The Tide Guide To Treating Yourself In Perth