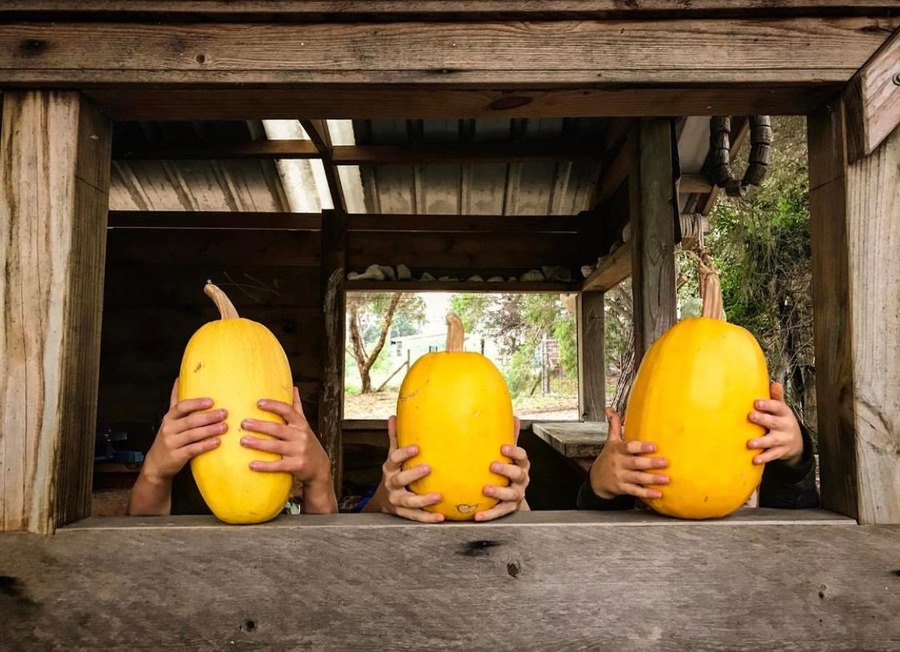 One local family is hoping to be a catalyst for change, launching their own Community Supported Agriculture enterprise, Mystwood Harvest. 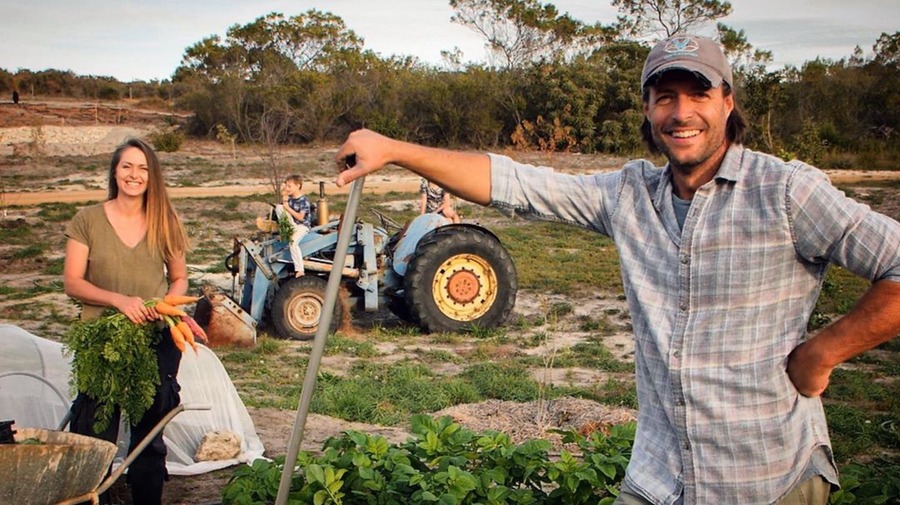 Living in a community as remote as Esperance, most residents rely on their fresh food supply being trucked in from hundreds, even thousands, of kilometres away. However, one local family is hoping to be a catalyst for change, launching their own Community Supported Agriculture (CSA) enterprise, Mystwood Harvest.

Having enjoyed growing their own produce for years, Dan Paris and Tanya Jenkyn hadn’t planned on sharing the fruits of their labour with the wider community until further down the track. Then COVID-19 hit. With supermarket shelves empty, they realised the community’s reliance on fruits and vegetables coming into town from interstate and overseas and saw an opportunity to stimulate local food production. Inspired by market gardeners in Europe and the United States, Mystwood Harvest was born.

As a CSA initiative, Mystwood Harvest relies on members to invest in their patch, whose dividends are paid in the form of a bounty of fresh, organic vegetables come harvest time. The CSA model condenses the distance between farm and plate, simultaneously reducing the impact of agriculture on the environment and increasing the nutritional value and flavour of the produce. The number of small-scale farms adopting the model in Australia is growing, with several having already been established in Western Australian towns such as Gidgegannup and Harvey. Mystwood Harvest is the first of its kind in Esperance.

“The COVID situation made everyone aware of the importance of growing produce locally,” Tanya said. “Esperance is very dependent on what arrives by truck, but our food system needs to be more localised. To build our resilience as a town, it’s important to grow our own food.”

Tanya said the CSA model was an efficient way of growing food as there was a market for the produce before it even came out of the ground. As such, the volume of waste generally related to the production of fresh food is significantly reduced, if not entirely eliminated. For Dan and Tanya, that market is 30 local families, each of whom contributed financially to Mystwood Harvest, giving Dan and Tanya the capital to establish their crops. The contributions will be repaid to the families in fresh vegetables once they’re grown and picked. Every week, each family will receive a bounty of produce direct from Mystwood Harvest, until the crops are depleted.

At the outset of the COVID lockdown, Dan was ambitious, aspiring to feed 100 local families. “I said, ‘No way!’, let’s start with 30,” Tanya laughed. “We had 30 members within 24 hours [of launching]. I think the community was readier for this than we gave them credit for. The demand was a beautiful thing to see.” 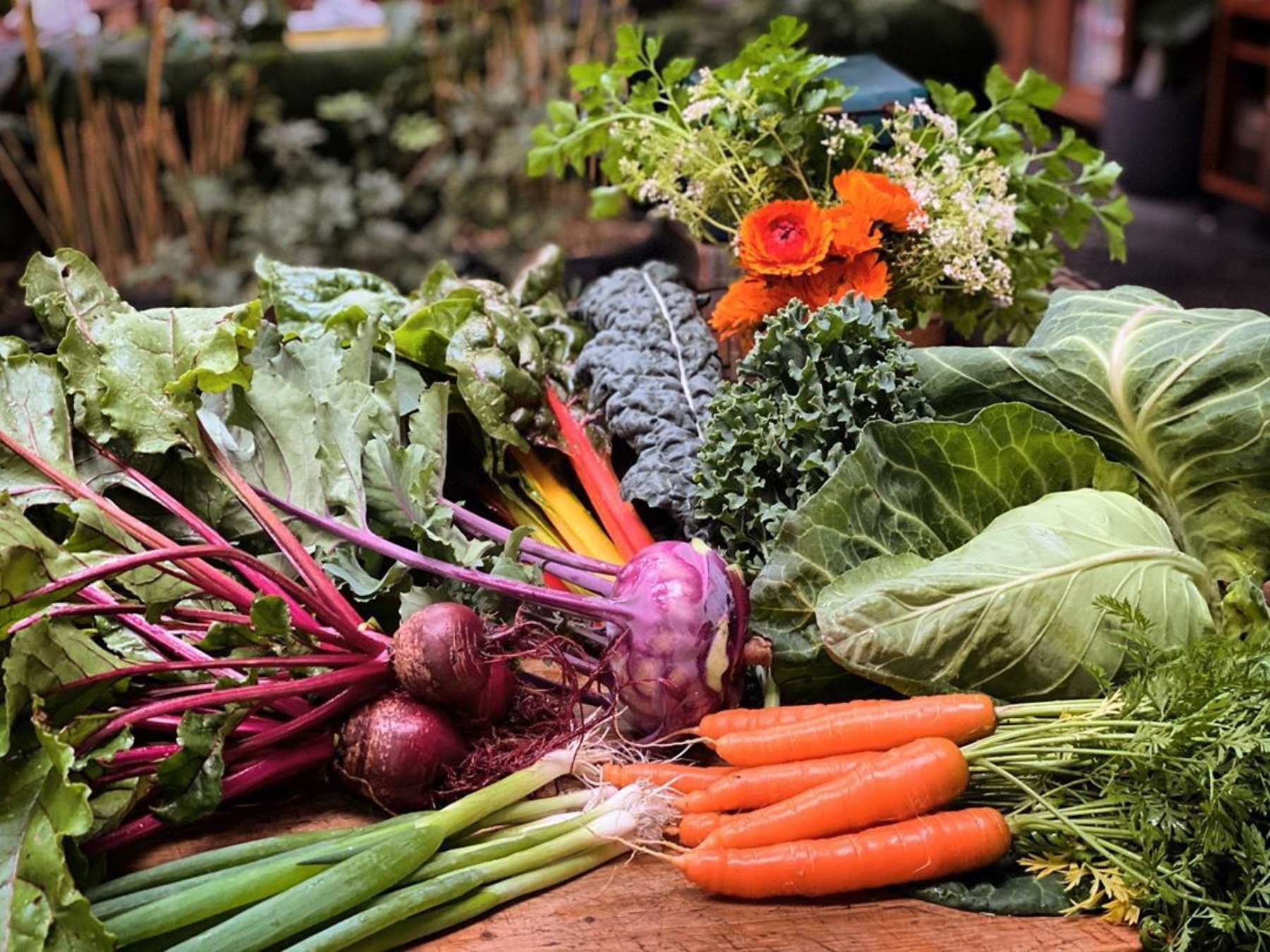 Investing in a CSA enterprise is markedly different to buying fresh produce from the supermarket. There is an element of risk involved. For example, if a crop of potatoes fails, the CSA members will be without potatoes. There is less choice of produce, too, only having access to whatever is ready to harvest. That said, Mystwood Harvest is providing its members with 8-12 varieties in each box and lets its members know what’s on offer for the week, giving them the opportunity to swap something out if they don’t like it or need it. Members also have a say in what is planted, with the ability to make requests for future crops.

“Going forward, we want to have more variety,” Tanya said. “We’d like to have about 15-18 varieties so we can offer a bit more diversity and people can pick and choose what they’d like.”

With their own businesses to run outside of Mystwood Harvest, Dan and Tanya don’t plan on becoming the biggest suppliers of fresh produce in the region anytime soon. While they do hope to increase momentum beyond 30 families after their first harvest, Dan and Tanya welcome competition, encouraging other local fruit and vegetable growers to adopt the CSA model. Tanya’s suggestion to anyone interested in selling their own produce was to start small, by taking their goods to the local markets. From there, she said growers could supply a small number of families with their produce, thus creating their own CSA enterprise.

“It’s not difficult for anyone to have a crack,” Tanya said. “They could always start with as few as five families. That’s the beauty of CSA.”

The more growers involved in CSA, the less reliant a community becomes on produce that is trucked in from thousands of kilometres away. This is what drives Dan and Tanya, who are just as passionate about improving the self-sufficiency of Esperance as they are about their vegetables. They want to help build the resilience of the town and would love to see others do the same.

“Communities are made with collaboration. That’s really evident in a small town,” Tanya said. “When we work together, we work better.”