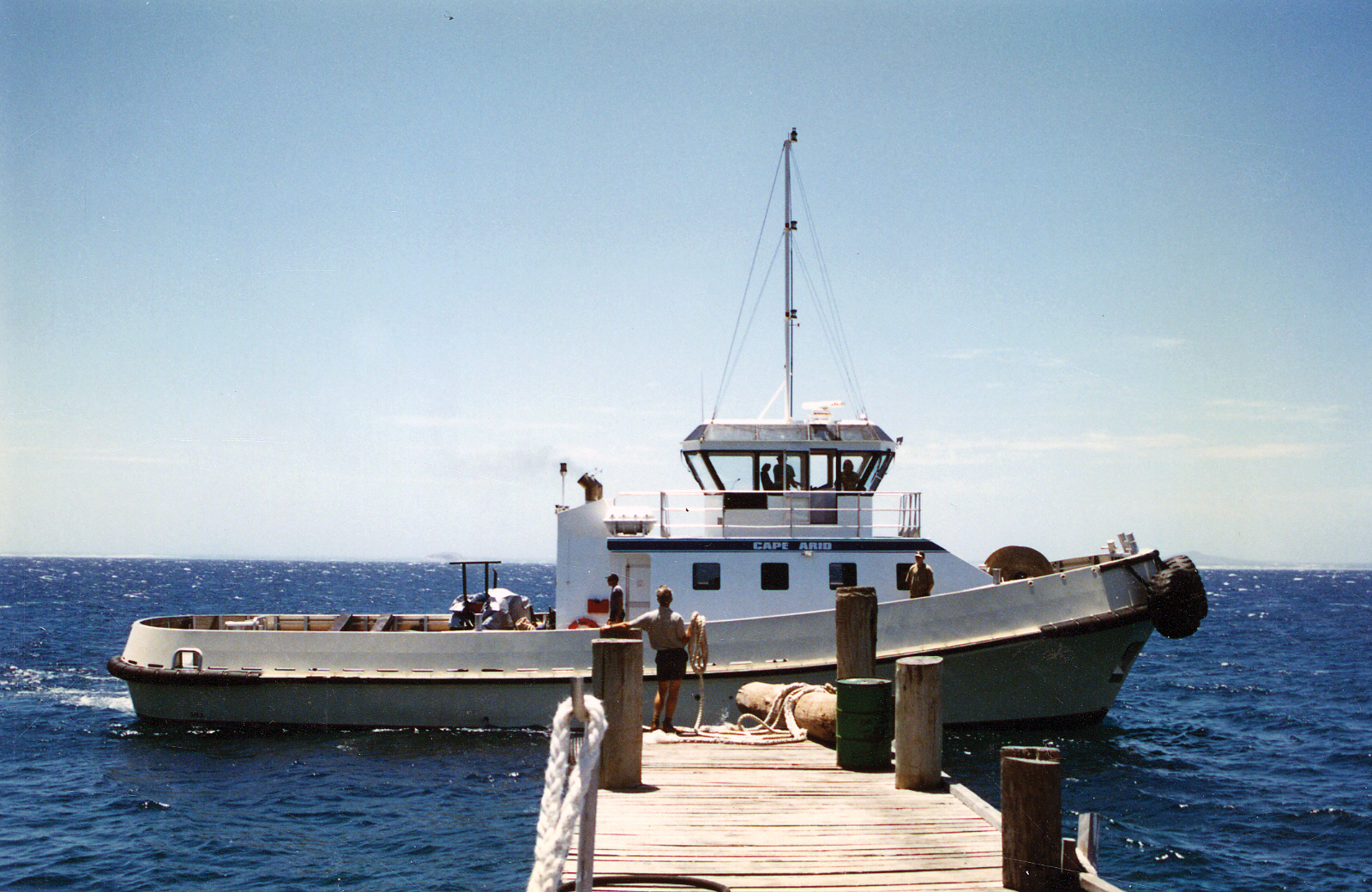 Woody Island has a special place in the hearts of Esperance locals. Many of us have happy memories of warm, lazy days camping, exploring the wild island’s trails, swimming, snorkelling in a peaceful bay filled with beautiful sea life, and sliding down the slide with the three-metre fall into the cold, clear water. This iconic destination has been many things throughout its history, from a prison camp to grazing land for sheep, and even the set of a thriller entitled Woody Island which was released in 2010.

Woody Island is the seventh largest island in the Recherche Archipelago, home to a rich variety of wildlife, including several types of geckos and skinks, at least 22 species of birds, including penguins, the Sacred Kingfisher, and the Golden Whistler. Woody is also home to the rare Ashy Grey native mouse, and a few Western Grey Kangaroos, which were introduced to the island. The island was named for the areas of tall trees, unusual among the islands of the archipelago. 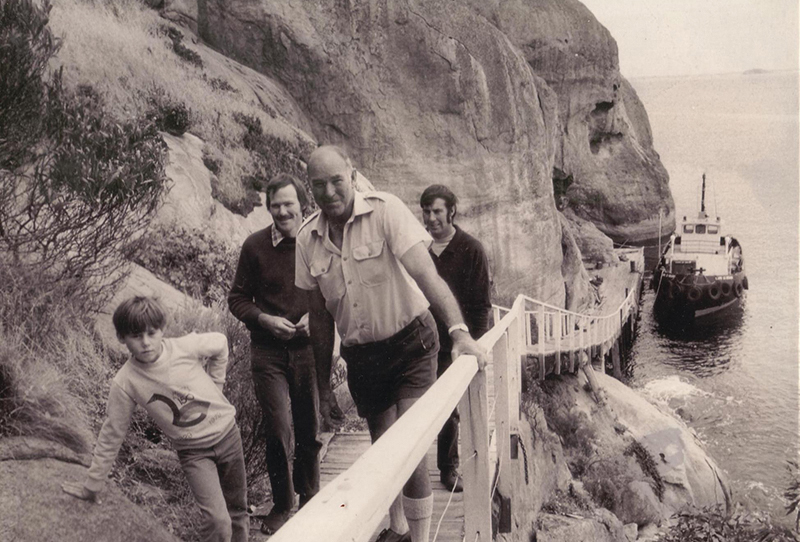 An estimated 7,000 to 14,000 years ago, Woody Island was still connected to the mainland. Artefacts have been found on Woody Island and surrounding islands showing that they were used by the local Aboriginal people before being cut off by the rising seas. The slow pace of the rising sea levels and the plentiful food and water available on the mainland would have meant that the lifestyles of the First Peoples of the area were not too disrupted by these changes.

The first European settlers to the Esperance area, including the Dempster Brothers, used Woody Island to graze sheep and to collect firewood. The first sheep that were grazed on the Island began dying unexpectedly, and the culprit was eventually found – a poisonous native shrub commonly known as ‘heart-leaved poison’. For a while, the sheep were removed, and the Dempsters trialled keeping pigs on Woody. When the pigs were rounded up, at least one of them avoided capture. The huge pig ran wild on the island, occasionally killing sheep until it was finally hunted and shot. The Dempsters fenced off the section of the island where the poisonous shrub occurs, with the remnants of the fence still remaining on the island until recently.  A small ship (a ‘ketch’) called the Ettie Black was wrecked transporting wood and sheep from Woody Island in 1896, with the skipper losing his life in the incident.

Woody Island was also notorious for being used as a ‘prison camp’ by the Dempster brothers. When the local Aboriginal people broke curfew or otherwise ‘caused trouble’ in the early Esperance settlement, they were taken to the islands for a period of punishment. The women were left on Woody Island, in very harsh conditions, and the men were taken to nearby Black Island. 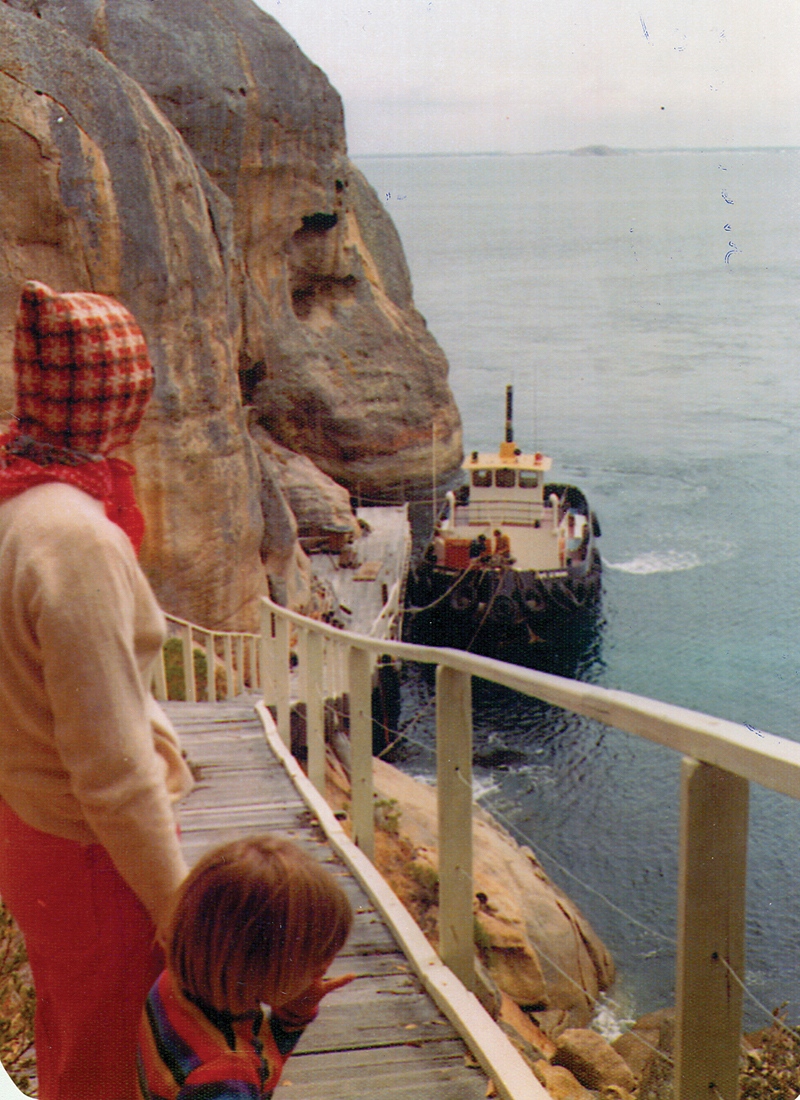 In 1948, a young man named Don Mackenzie moved to Esperance. He started fishing commercially, with great success, and he often recounted the story of Esperance locals calling a public meeting to have him thrown out of town because they believed he was depleting local fish reserves. The Fisheries department intervened and banned Don from fishing during daylight hours, which suited him as he fished at night anyway. In 1950, Don got an opportunity to be involved in the Australian Geographical Society’s survey of the Recherche Archipelago. He skippered his own boat for the survey and got a rare chance to visit all of the islands in the Archipelago. Don also took every opportunity to expand his operations, including taking passengers on fishing charters and tours of the islands. For a while, Don was involved with grazing sheep on Woody Island, until the Island became a class A Nature Reserve as part of the Recherche Archipelago Nature Reserve in 1954.

In 1972, Don and his sons, Hugh and Fud, applied to the WA Department of Fisheries and Wildlife for permission to land passengers on Woody Island. He was granted permission, with some strict conditions, which included that stays on the island were not to exceed 8 hours. They started building ‘Mac’s Jetty’, a landing that ran along the granite headland. Don described building the jetty as one of the hardest projects he’d ever been involved in. Logs had to be dragged up the hill using a pulley system and the Mackenzies’ boat, and holes had to be bored into solid rock. Building the jetty took nearly four years to complete. The first visitors to the island began to arrive in 1974, and the Mackenzies began to make walk trails and other infrastructure on the island. 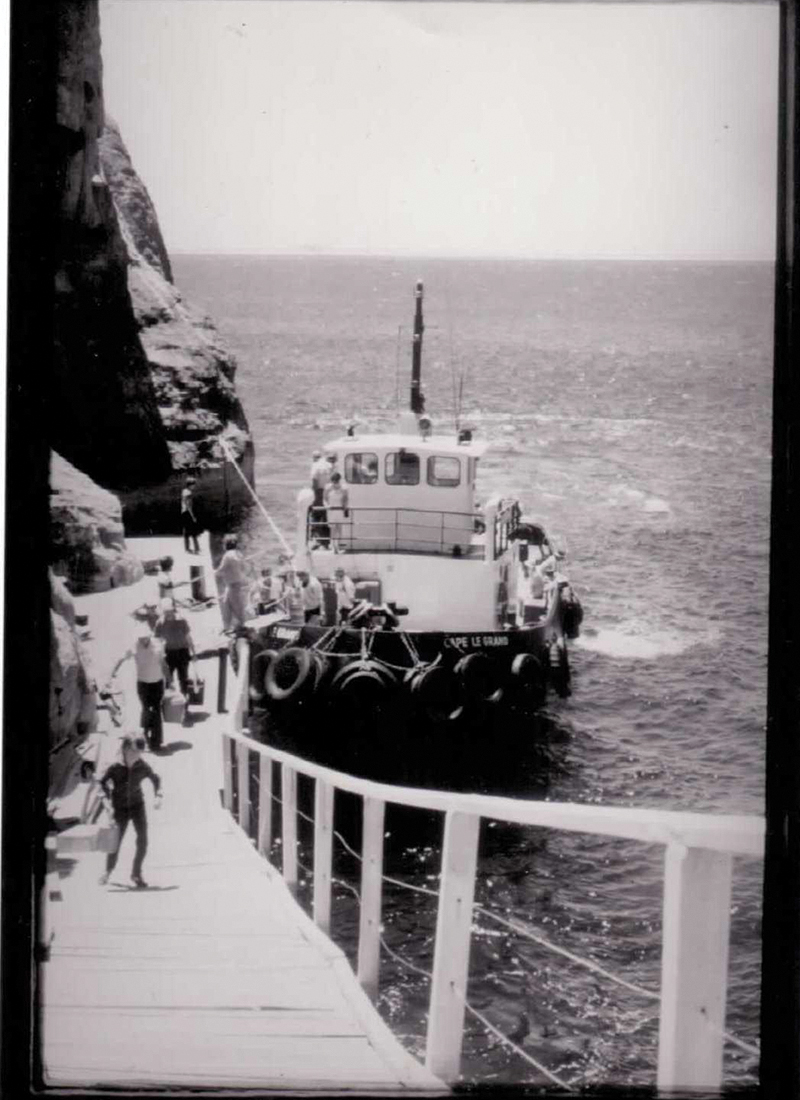 In the 1980s, the Esperance Shire initiated moves to develop Woody Island for further tourism. Don Mackenzie, with his family business Mackenzie Marine, applied for the lease and secured the chance to continue developing the island for tourism. The Mackenzies built a new jetty, in the middle of the sheltered Shearwater Bay, as well as other amenities on the island, including a visitor’s centre with a stunning view of the bay. The first tourists to stay overnight on the Island began to arrive in the summer of 1984. Mackenzie Marine built a glass bottom boat called Miss Woody, which was used for tours of the bay. In what Fud Mackenzie refers to as the ‘golden years’ of Woody Island from 1995 to 2005, as many as 16,000 people were visiting the island every year.

Don Mackenzie passed away in 2012. After the initial hostility faced in Esperance, the family became well loved in the Esperance community, with Don being remembered as Esperance’s ‘man of the sea’. Around this time, Mackenzie Marine stopped running the operations on Woody Island, in order to focus on their expanding business. Esperance Diving and Fishing ran tours and camping on the Island for a few years from 2011, after which tourist operations on the island ceased, with some of the facilities falling into disrepair. Unfortunately, Mac’s Jetty, along with the slide in the middle of the bay, both had to be dismantled as they had become dangerous. In 2017, Woody Island Eco Tours, run by Esperance businessmen Peter May and Les Andrews, took over the lease on the island, refurbishing the buildings and camping facilities. Tourists and locals who came to the island years ago can now bring their children to enjoy camping on the pristine Island again, having a drink at the newly opened Blackjack’s Bar, hiking the scenic trails, fishing, and swimming in the clear waters of the Shearwater Bay.